At 1420 on the 24th August 1944 Halifax mk2 DG226 took off from RAF Marston Moor on a routine training flight. The pilot 24-year-old Sgt Clyde Osborne who was a member of the Royal Canadian Air Force took the aircraft up to 1,000 feet and as they reached that height a fire broke out in the port-outer engine. The crew were unable to extinguish the fire and they were now flying over Wetherby.

Local people watch the aircraft fly in the direction of Linton. Dr James Lodge recalls: ‘As young boy I can well remember the ‘plane with four engines coming low over our garden, I noticed there were flames coming from one of the engines. I called my mother and sister out and it disappeared over the trees. A few seconds later there was a flash and after a short time lag a very loud boom and a tremor of the ground’.

The scene where the aircraft crashed was 150 yards from the Golf Course Club house, between the river and where the railway line to Leeds ran. Wreckage was scattered over a wide area of the Golf course where several people were playing golf, however none were injured. They were unable to help the crew they had all perished in the crash. Special constables prevented anyone getting near the scene.

The RAF crash team from Marston Moor arrived soon afterwards and began removing parts of the wreckage to prevent souvenir hunters. The bulk of the aircraft was in a large crater and the proved very difficult to recover the bodies on the crew. Flt Lt Michael Renaut DFC was appointed President of the Court of Enquiry into the crash. He was very scathing into the witness reports to the crash having said ‘they did not know the front of an aircraft from the back’. He was given an engineering officer and four ground crew with spades to dig their way down the large crater the aircraft had made. All the crew were found packed into the front of the Halifax the sight was horrendous the stench even worse. There was a lot of unburnt petrol about and they had to work very carefully so as not to start another fire.

They were unable to lift the bodies by hand and had to enlist the help of a crane to get them out of the crater. The sight of this was sickening but he could not understand the morbid villages looking on and watching every move. It took a whole day until the last body was recovered. Still the onlookers watched with fascination.

They eventually dug down 22 feet to the bottom of the crater and the first Merlin engine. This is thought to have been the port-outer. It is believed that the aircraft dived vertically into the soft ground from 1,500ft
This engine was removed from the scene and taken to RAF Marston Moor for inspection where it was found that there was a broken con-rod and disintegration of No 3 piston. From this it was deducted by the Court of Enquiry that Sgt Osborne would not have been able to feather the port-outer engine.

However, the outcome of the enquiry was that they were unable to establish the cause of the crash.

In 1978, a further two engines were recovered one is in the Yorkshire Air Museum at Elvington. The other was at Roger Fields in Wetherby. This has since moved but I am not sure at the time of writing where it has gone.
A memorial plaque can be located at the scene on the golf course.

Sgt Clyde Roswell Osborne R/154757 Aged 24
He was a native of New Brunswick Canada.
The joined the Royal Canadian Air Force
and after pilot training he was station at
RAF Marston Moor on a Halifax Conversion Course.
He is Buried at Stonefall Cemetery Harrogate.
He was married before coming to England.

Sgt Emmerson Gordon Barrie R/17466 Aged 22
He was a native of Montreal, Quebec Canada
He joined the Royal Canadian Air Force in 1942
Gained his navigator’s badge on 1943.
He was posted to the UK early 1944 and
Trained at 20 OUT before being posted to
No 1652HCU at RAF Marston Moor for
Halifax Conversion.
He is buried at Stonefall Cemetery Harrogate.

F/O Glen Davis Walsh Burnie J36277 Aged 22
His parents were born in Scotland and emigrated to
Canada. He was from Dubuc, Saskatchewan Canada,
Moved in 1926 with the family to Winnipeg.
He joined the Royal Canadian Air Force in 1942
He was awarded his bomber’s badge and Commissioned in
October 1943 and later that year was posted to UK.
He also was posted to 20 OUT before No 1652 at RAF
Marston Moor in 1944
He is buried at Stonefall Cemetery Harrogate.

WIRELESS OPERATOR
F/O Harry Jones 171287 Aged 22
was awarded the DFM for service with 76 Squadron in 1944 for earlier service. By the time his DFM notification came through he had been granted a commission to the rank of P/O on probation on 3rd January 1944 and rose to F/O six months later.

F/Sgt John Duncan Morrison R/213900 Aged 18
He was a native of Balcarras, Saskatchewan Canada
His parent too had emigrated from Scotland.
He joined the Royal Canadian Air Force in 1943 for
Aircrew duties. He gained his Air Gunners badge in Jan 1944
In March 1944 he was posted to the UK. Served at
20 OUT before No1652 at RAF Marston Moor.
He is buried at Stonefall Cemetery Harrogate.

Sgt James Edward  Robinson 1594686 Aged 19
He was a native of Altringham Cheshire.
His elder brother Fred was also in the RAF he Served with No 78 Squadron and was on Ops to Wanne-Eickel to bomb an oil refining plant. His aircraft Crashed over the Ruhr on 2nd Feb 1945 four of the crew were killed,Three were taken Prisoner of war. His body was never recovered he is commemorated on the Runnymede Memorial Panel 268 Pilot Officer F.V.Robinson 191444 Aged 22 years.

The brothers of the Flight Engineer Sgt James Robinson visited the Memorial at The Wetherby Golf Club in 2012 Ken Robinson who lives in Blackburn Lancashire, had visited before but his brother Jeff emigrated to Charlotte, North Carolina U.S.A. in the mid 1950s this was his first visit. 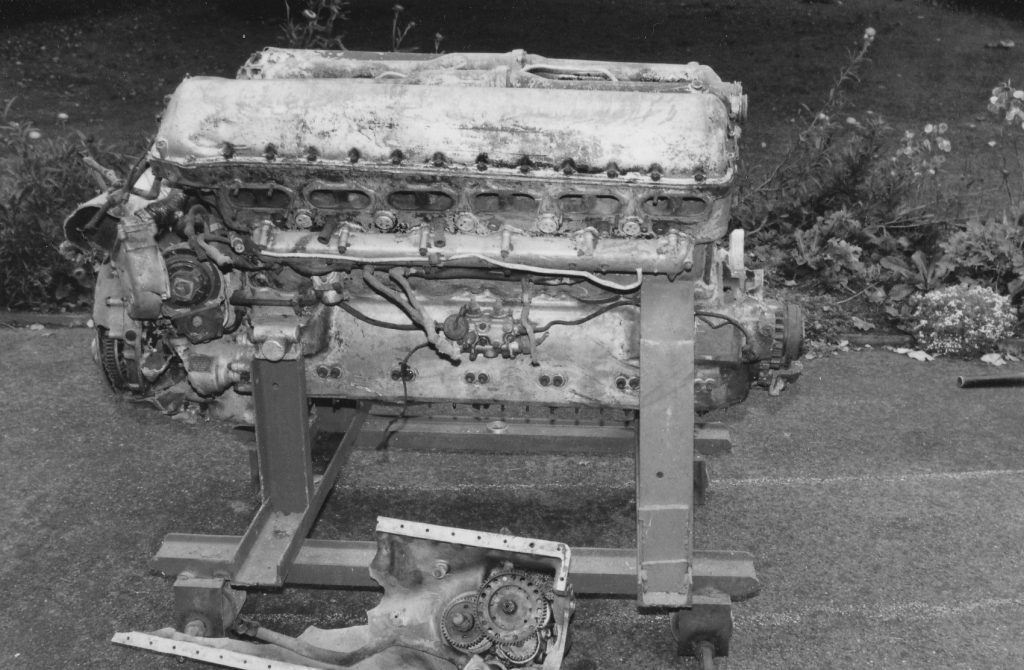 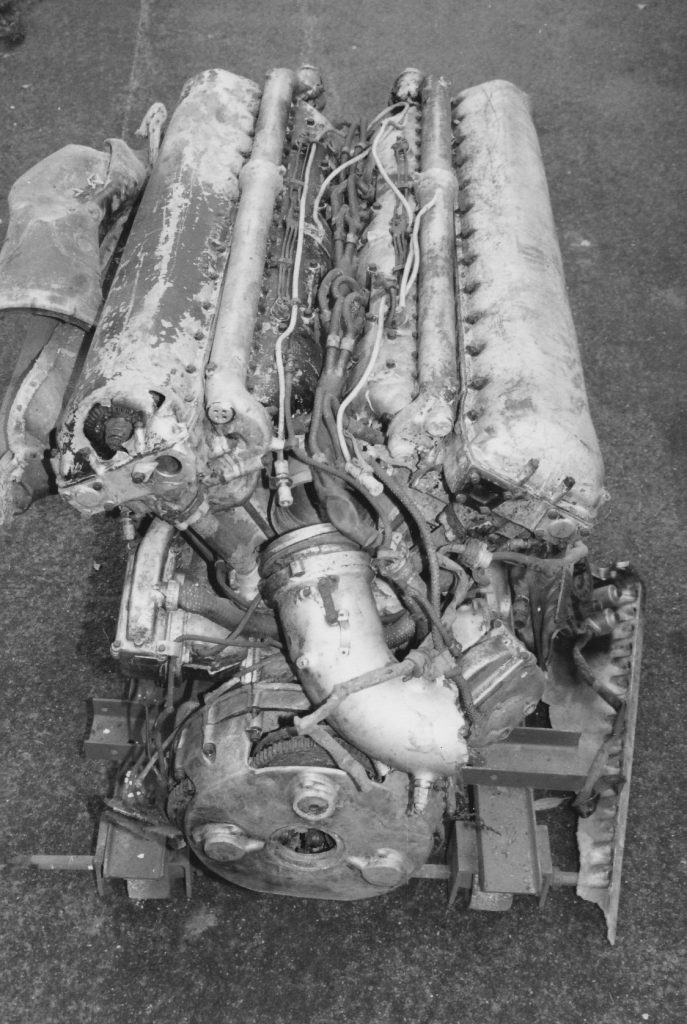 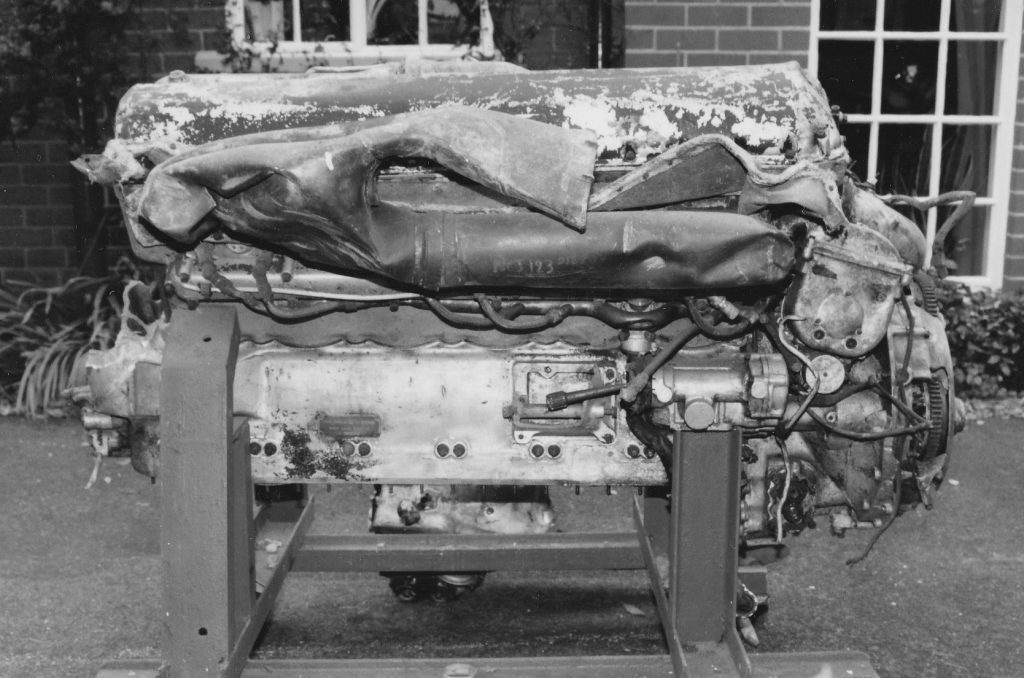 Halifax DG226 served with No 10 Squadron at RAF Melbourne. It was on an operational mission to Stuttgart on the 22nd-23rd November 1942 when it was attacked by a JU 88 the fuselage, tail and wings were damaged in the attack. The Halifax’s gunners returned fire and the JU88 was lost to sight, within five minutes they were attacked by three Fw 190’s evasive action was taken, and no further damage occurred.

Squadron Leader Roy Brooksbanks was the pilot on that mission, he explains “This was going to be a low-level trip and meant it would take longer, therefore the take off time was advanced by one hour. We were to fly at 1,000 over England we were told Army, Naval would be informed and Balloon Barrages would be pulled down and Anti-Aircraft gunners warned that British bomber would be flying in their vicinity that night. However, as we approached Harwich, searchlights suddenly illuminated balloon well above 1,000 feet, so we had to climb hurriedly to avoid them. Shortly after crossing the Thames Estuary, we were fired at by a Naval vessel with a Bofors Gun, in out hurry to fire off the colours of the day, nearly fired the Verey Pistol inside the aircraft.

As we crossed the French coast there was searchlight and light flack. Taking evasive action, we brushed over the top of a tree, and on out return to England, scooped pieces of tree out of the radiator.
The rest of the trip went as planned; except we were attacked by fighters. They were surprise attacks from beneath the aircraft. I was weaving slightly and had just started to turn when the attack commenced so instead of raking the fuselage, they hit the port wing instead. Again, we were lucky, as the cannon shells missed the petrol tanks and hit an oil tank instead which did not catch fire. On return to Melbourne it was discovered that the main spar was practically severed by cannon shells, so we were lucky to get back in one piece.”
(The account was passed to me many years ago by the late Brian J Rapier who included it in his book Melbourne Ten. Brian was exceptional air researcher who helped me a lot during my early years of writing and research. B.Lunn)

Halifax DG226 was built to contract ACFT/637/C4/C by Rootes Securities Ltd. at Speke and was awaiting collection on 7th June 1942. It was taken on charge by 35 Squadron at Linton on Ouse soon after completion but was transferred to 10 Squadron Conversion Flight on 24th September 1942 at Melbourne. On 19th October 1942 it was transferred to the parent 10 Squadron also at Melbourne and as a result of battle damage on 23rd November 1942 minor Cat.A(c)/FB damage became the damage assessment with a temporary repair on site at Melbourne beginning on 26th November 1942.

It was returned to 10 Squadron charge on 2nd January 1943 but the following day it was test flown by P/O Brooksbank who deemed it in need of a major repair. On 13th January 1943 it was flown to Fairey Aviation Ltd. Civilian Repair Centre at Ringway for repair, with this complete on 7th February 1943 it was flown to 158 Squadron at Rufforth. 158 Squadron moved to Lissett at the end of February 1943 and took the aircraft. On 6th April 1943 it was transferred to 1658 HCU at Riccall and on 21st July 1943 it was transferred to 1652 HCU at Marston Moor. On 13th September 1943 it sustained Cat.A(c) damage when the tail wheel structure broke on landing at Marston Moor. A repair on site was carried out. On 28th October 1943 it was returned to 1652 HCU charge. On 24th August 1944 it crashed near Wetherby Golf Course with the loss of the then crew. The aircraft was destroyed and was struck off charge the same day with Cat.E2/FA damage recorded on the paperwork.

What must be borne in mind is when I first researched this crash there was no internet only information was from Air Historic Branch which was based in London and I was lucky as they were most helpful and gave me the information they held. Today much more has come to light on the internet and instead of several trips to London you can get it within seconds without moving from you chair.