The Fire Station in Walton Road is one of several in the history of the town.

The first fire station Wetherby had was based at the top of Scott Lane according to Emily Wardman who wrote ‘Wetherby – Its People and Customs’ Here is the extract that mentions it,

28.—FIRE STATION
“Mr. Hunter’s cottage, top of Scott Lane was the first Fire Station, and the engine was sold by the Council to Johnny Precious for scrap.”

Delving into the directories we can see that the fire station was based at the town hall and that this changed to Walton Road where they are based now in the 1880’s as we can see from a article in the Wetherby News entitled “When Wetherby had 27 Pubs” which states –  ‘Turning right down Walton Road, the Brown Cow was replaced by the Fire Station in the 1880’s .’

Another interesting extract from ‘Wetherby – Its People and Customs‘

58.— FIRE STATION AND FIRE ENGINES.
The second old manual ﬁre pump was sold to Mr. F. W. Dalby, the new fire pump being a “Merryweather” motor trailer; capacity — 275 gallons per minute. This was put into use on the 28th January, 1935. An old steam driven pump was in use for a year or two, but was condemned as not safe and sold for scrap. A new ﬁre brigade, consisting of ten younger men, was elected when the new motor pump was put into use. 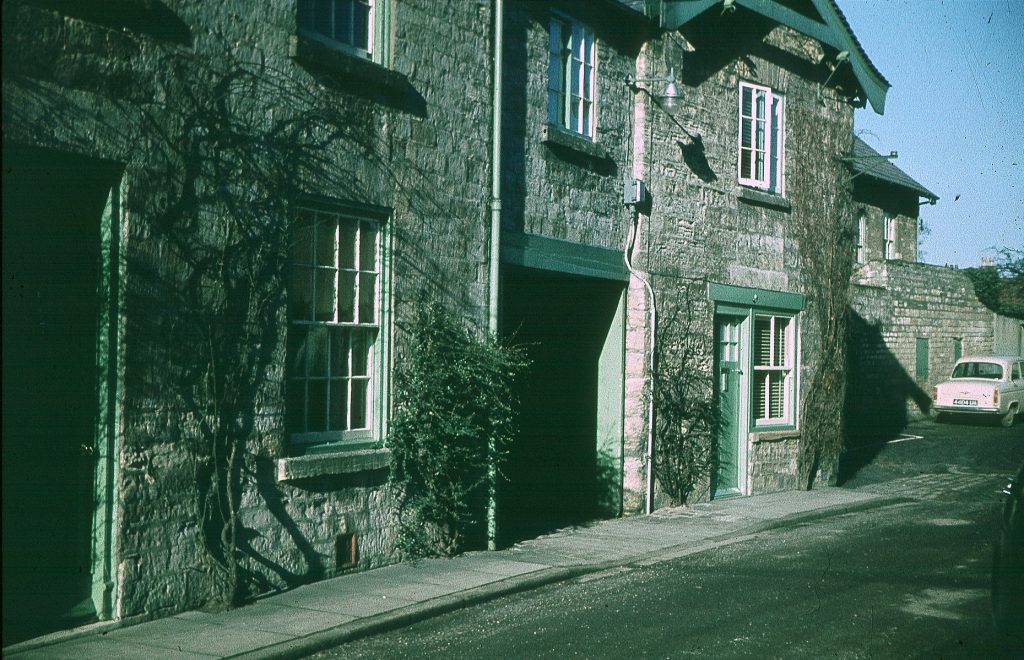 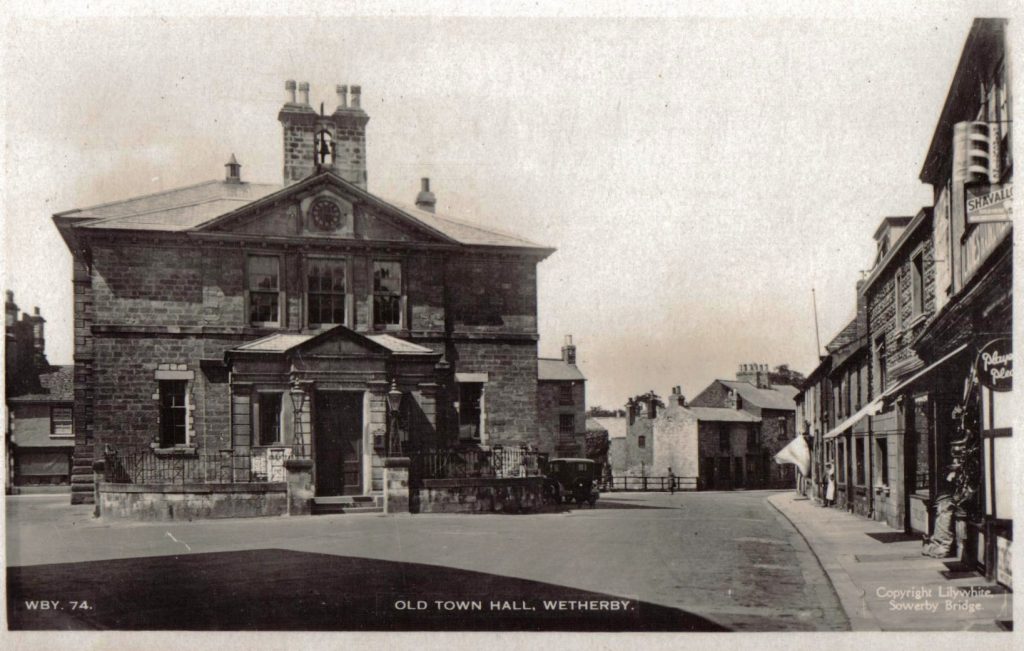 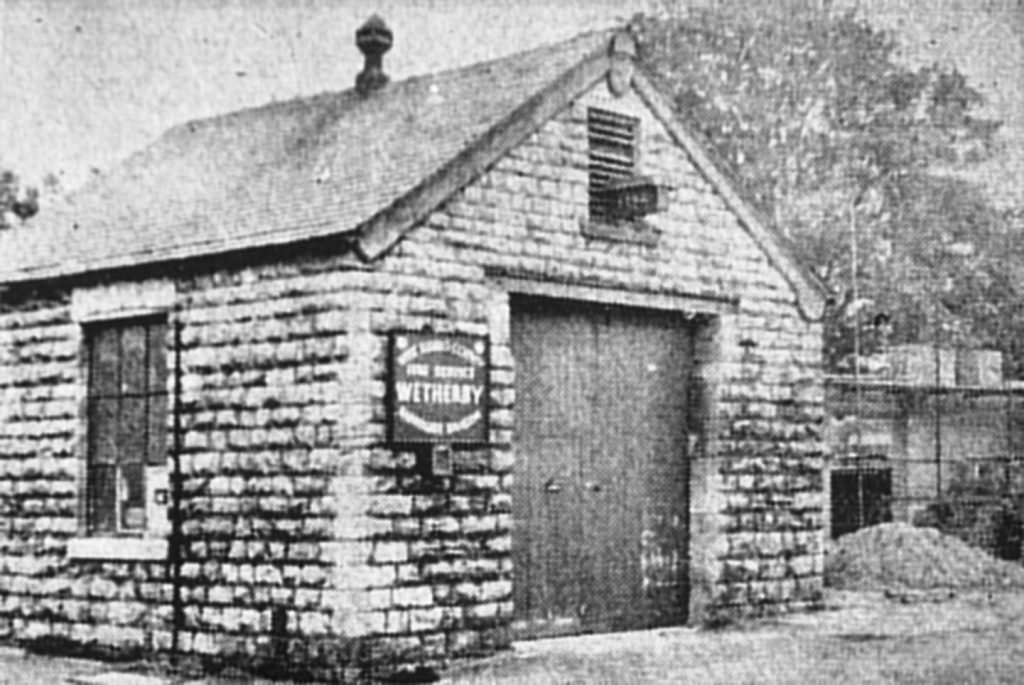 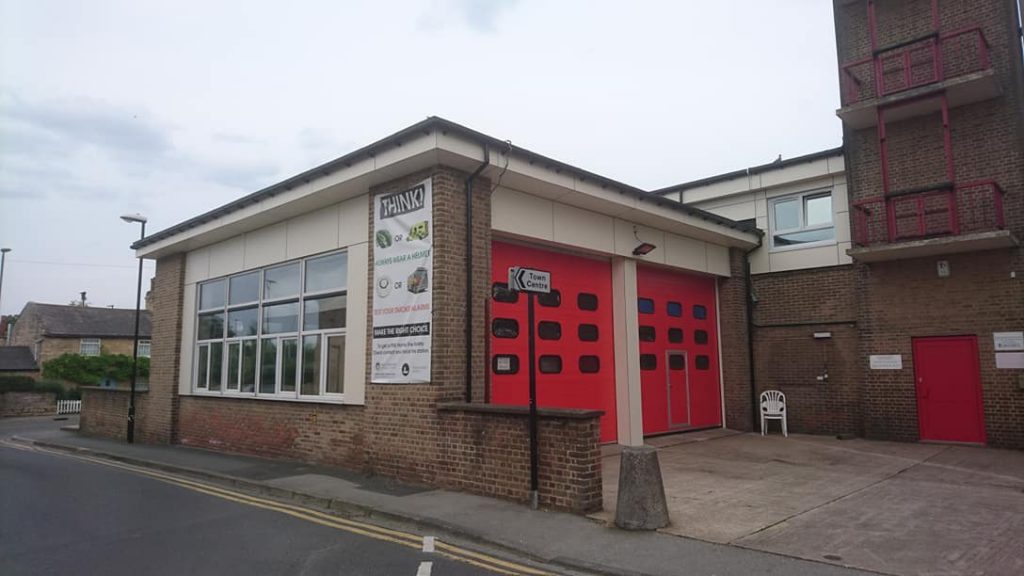 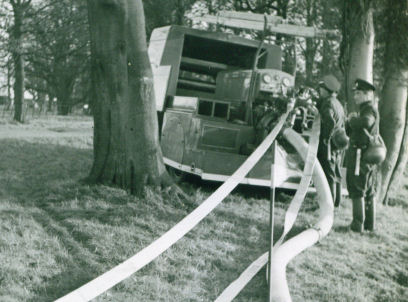 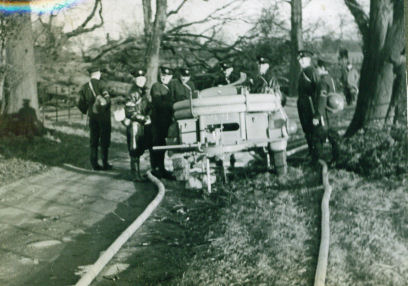 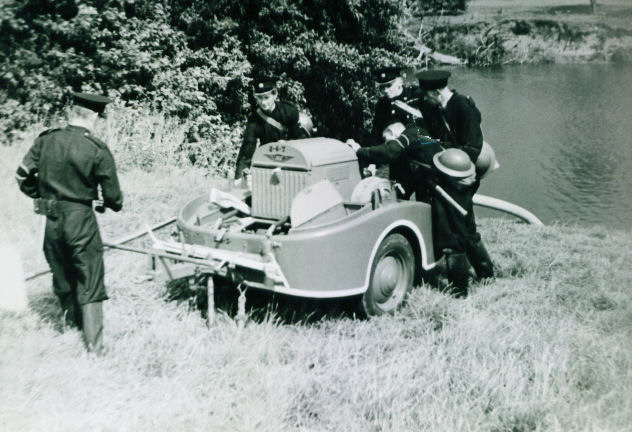 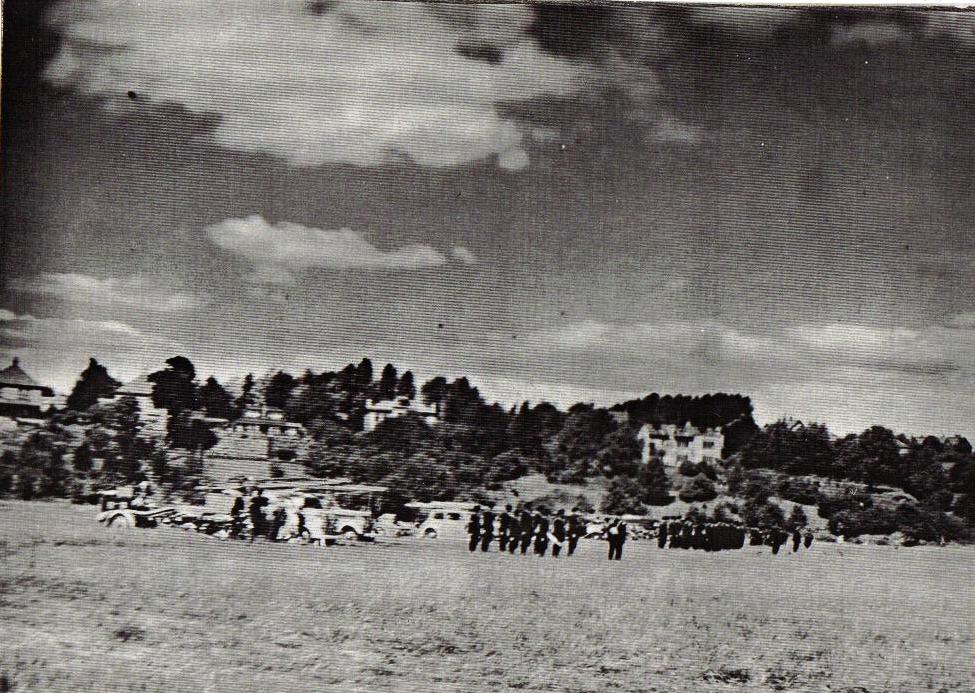 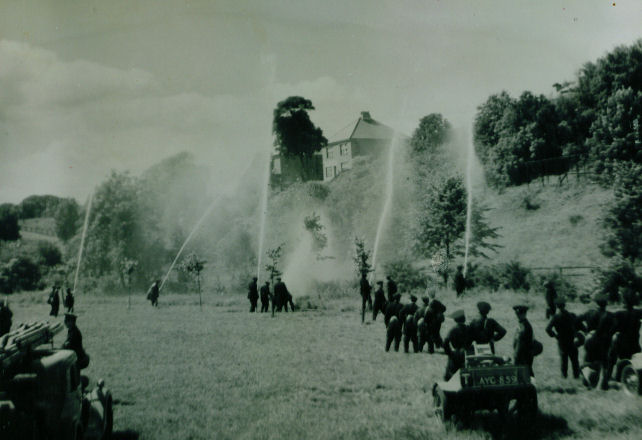 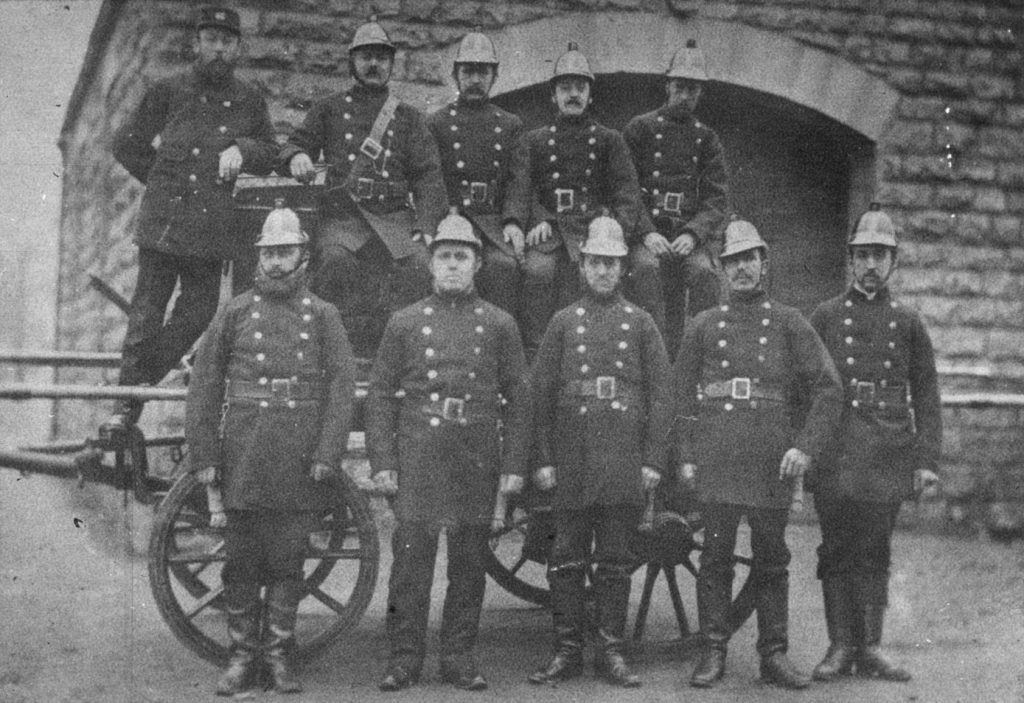 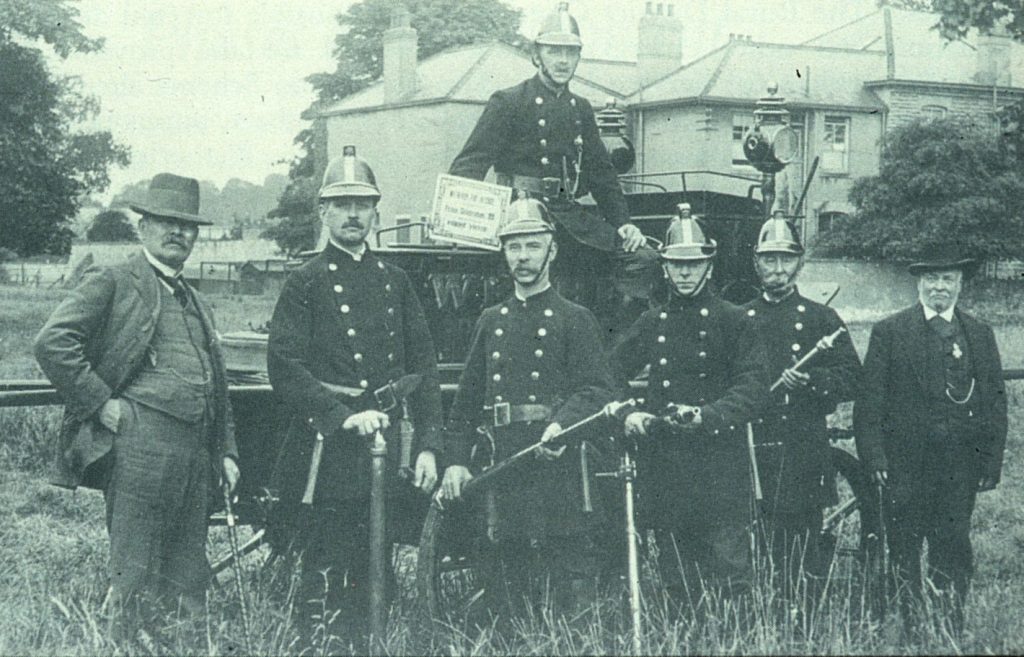 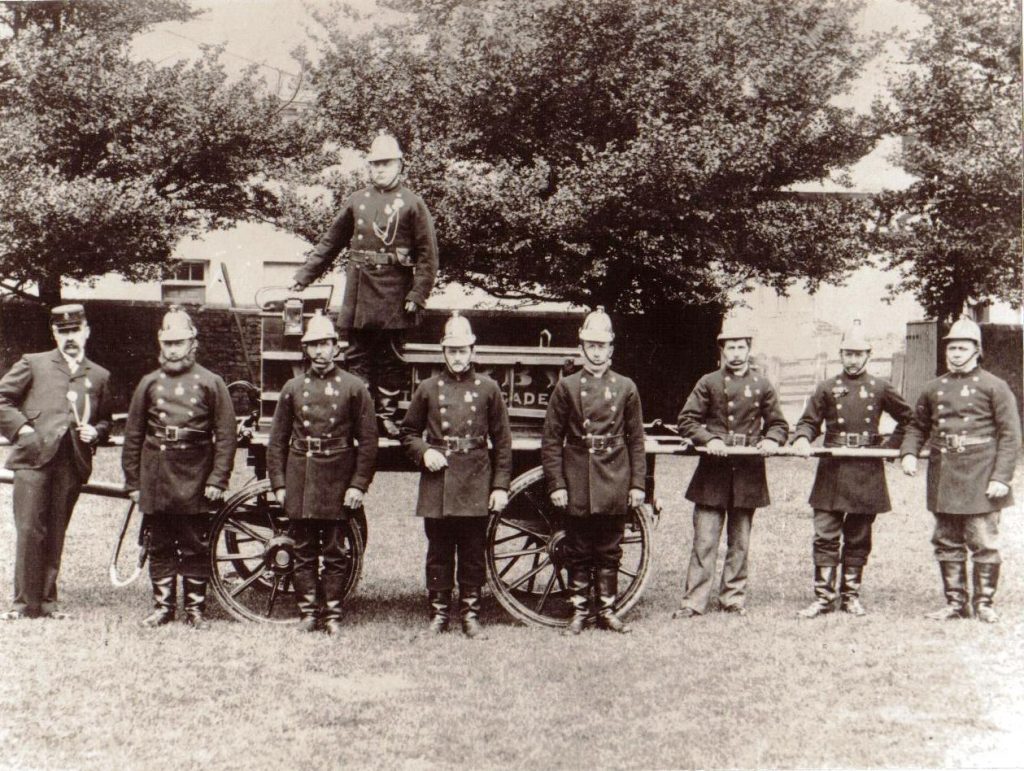 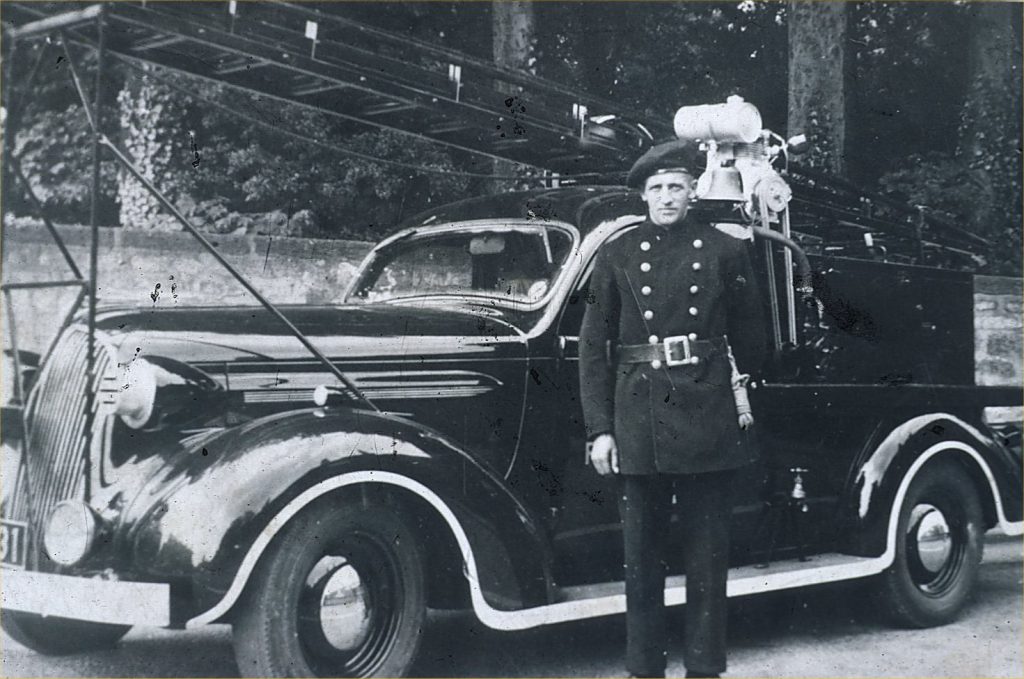 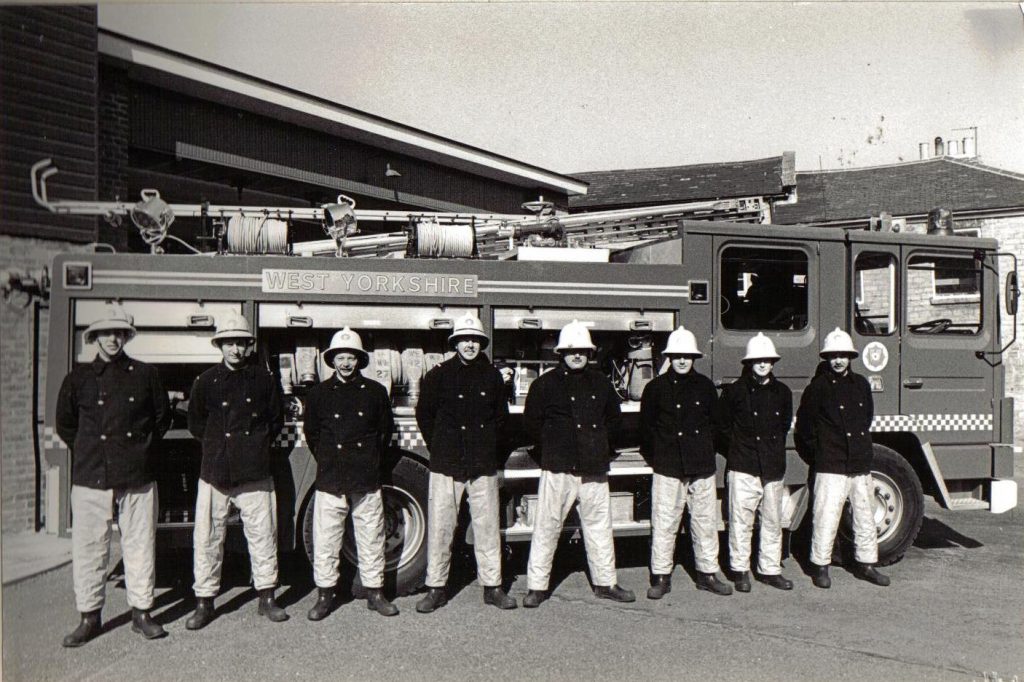 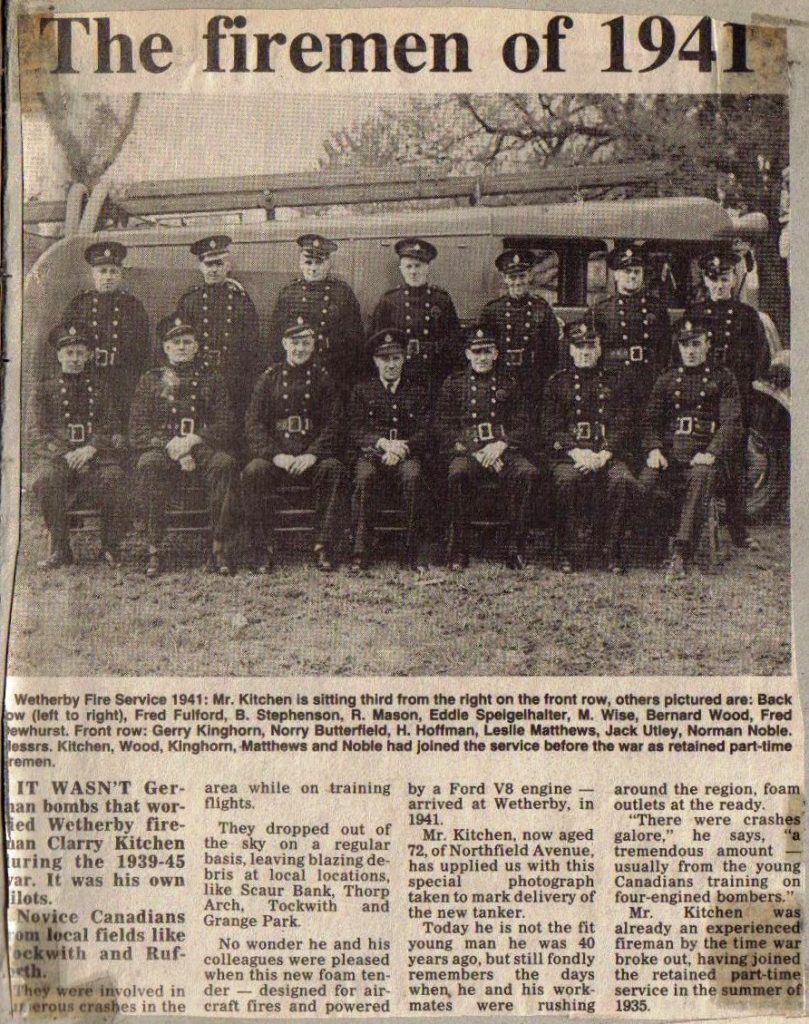 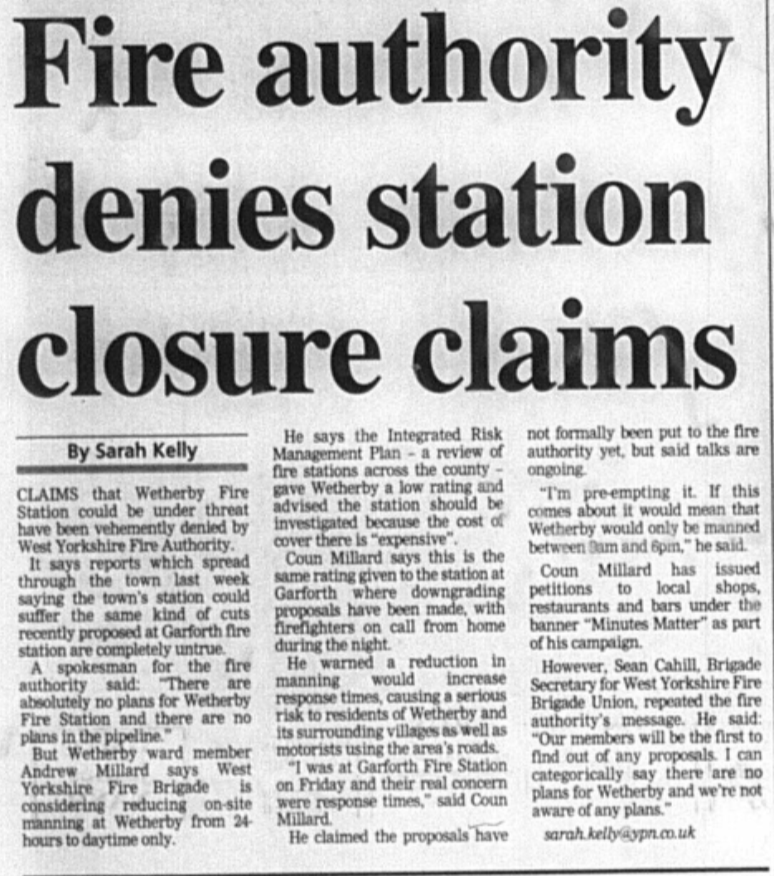 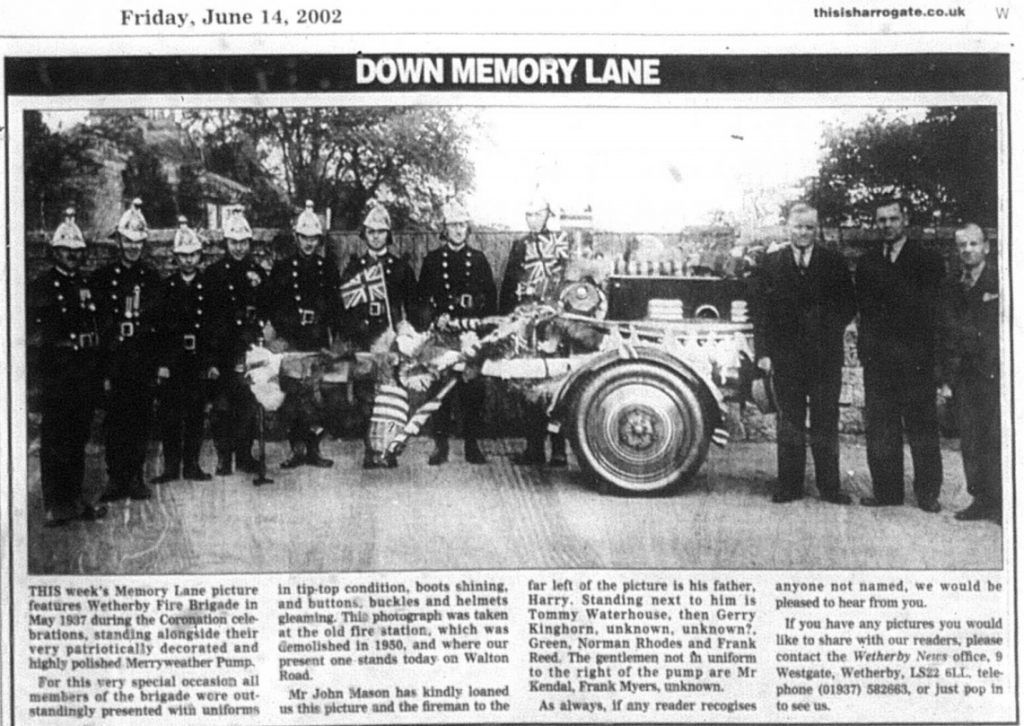 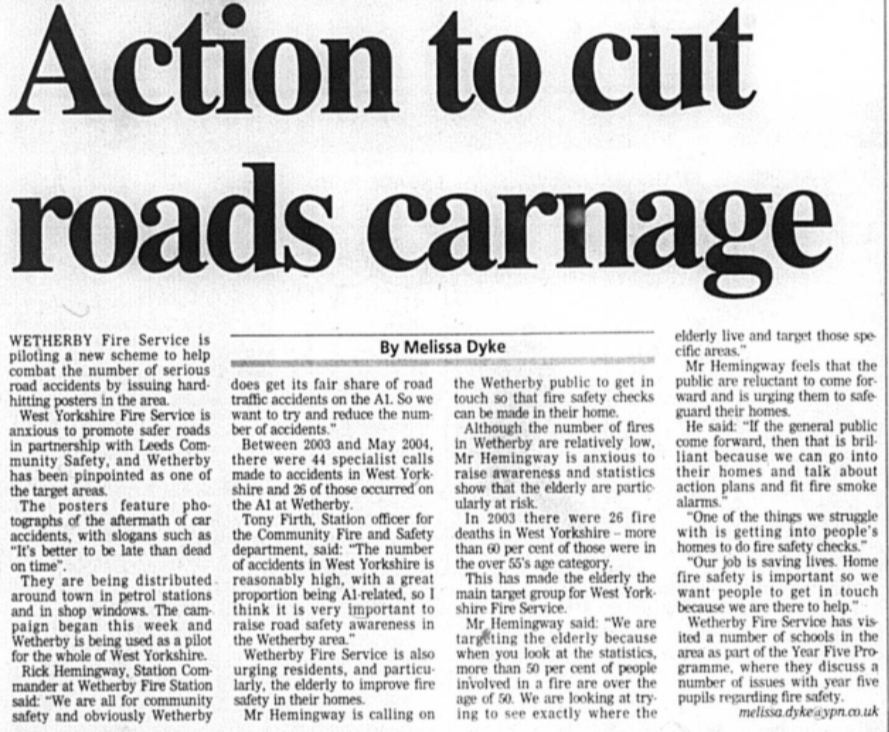 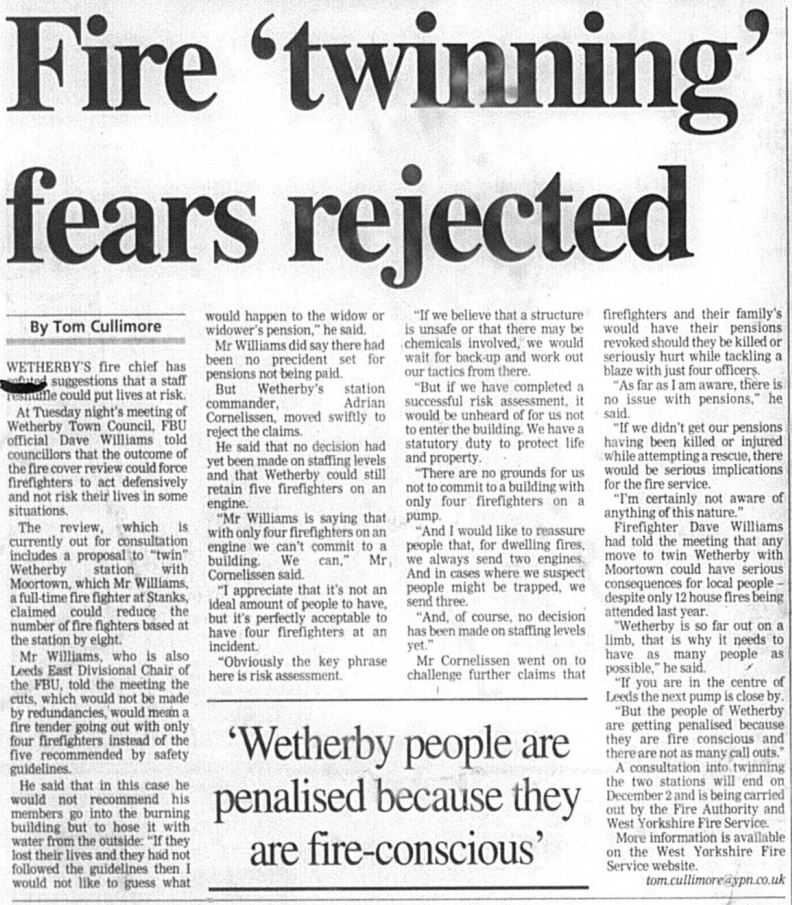