When the York & North Midland Railway opened their line between Church Fenton and Spofforth on 10 August 1847, Wetherby was one of the major stopping points on the line with an attractive stone-built station on the west side of York Road.

The station had two facing platforms with the main station building on the down side.  The building was designed by G T Andrews. George Townsend Andrews was architect of many of the buildings on George Hudson’s railways, especially the York & North Midland Railway. He designed all the buildings, not only the stations, for the company from the middle of 1839 until the work dried up in 1849 following the downfall of George Hudson. The station at Wetherby was very similar to that at Thorp Arch, with a station forecourt reached from a short approach road.

Andrews provided trainsheds for his principal stations, but Hudson decided that Wetherby did not justify one. Instead it was provided with a two-storey station house and separate single-storey office range, both stone-built and linked by a walled yard. As at Thorp Arch the office range was given a platform verandah flanked by projecting end rooms with raised gables. The exterior of the office building possessed a chimney stack in front of the west gable, with a robust base reminiscent of a buttress. The booking office was given a stone oriel window, and the station house was provided with a smaller version. Although originally equipped with Gothic pointed window openings, Wetherby – and other stations on the Harrogate branch – had them replaced before the end of the Victorian era with more practical, modern sash windows. The long axis of the station house was parallel to the platform and had a projecting gable at the eastern end. (The description of the building draws heavily from Bill Fawcett’s 2011 book George Townsend Andrews of York.)

The layout of the goods yard was complex, with access to the yard and sidings being controlled by a signal box on the east side of Deighton Bridge, to the west of the station on the down side.  By 1909 this box had been replaced with a new box on the west side of Deighton Bridge, also on the down side; this also controlled Wetherby East Junction. The main part of the goods yard was behind the up platform with access from both directions. One siding ran through a large stone goods shed backing on to the up platform. The shed, which was also designed by G T Andrews, had a Welsh slate hipped roof, which included a wide canopy at the west end supported on cast iron columns and was very similar to the goods shed at Thorp Arch.  Two sidings, entered from the west on the down side, ran over coal drops, with one of the sidings joining the siding that had passed through the engine shed forming a loop.  Access to the yard was from both York Road and North Road (now Deighton Road) but the weighbridge was sited at the North Road entrance. A 5-ton crane stood at the east end of the coal drops. On the down side of the line two sidings, entered from the west, ran either side of a cattle dock, one finishing end-on to the dock which was immediately west of the main station building. Cattle pens were sited to the south of the dock in the corner of the yard.

On 1 May 1876 the Cross Gates to Wetherby line opened, and it had an east-facing junction with the Church Fenton to Harrogate line immediately west of Wetherby station. When a west-facing curve was added in 1902, making the junction triangular, it allowed trains from Cross Gates (Leeds) to run into Harrogate.  As this avoided Wetherby, which was at the east end of the triangle, the station was re-sited to the south junction on 1 July 1902 allowing all trains from Cross Gates to call at Wetherby. The new station did not handle goods traffic; this function was retained at the old station where the passenger platforms were quickly demolished. A small wooden platform was built at a later date alongside the down line in front of the goods shed; this allowed trains on the down line to be loaded without them having to run onto a siding, and was perhaps used for milk and parcels.

In 1911 the main freight handled was barley, with 663 tons being dispatched, in addition to 558 tons of timber and 229 tons of potatoes; 775 wagons of livestock were also loaded at the station in that year. The 1956 Handbook of Stations states that Wetherby handled general goods, livestock, furniture, vans, carriages, motor cars, portable engines and machines on wheels.  All passenger services through Wetherby were withdrawn on 6 January 1964, but the line from Church Fenton to Wetherby remained open for goods traffic, with the yard at Wetherby finally closing on 4 April 1966. Since closure to passengers in 1902 the former buildings of the first Wetherby station had been in residential use. By 1961 the verandah of the former office range had been enclosed. After complete closure of the line and station the buildings became derelict, and the station house and office range were demolished in the early 1970s.

As the maps show, the track layout at the station was not obviously altered between 1893 and 1962. 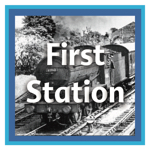 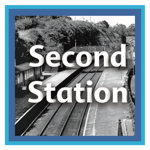 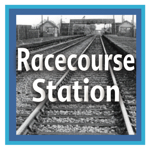