Wetherby first began looking for a partner in France in the late 1980’s.  The main criteria were that the twin town had to have a river, a bridge and a market and be of a similar size to Wetherby.

Privas was, at that time, were looking for a UK partner and amply fulfilled the criteria.  They had already established a link with Weilburg in Germany in 1958, with Tortona in Italy in 1964 and Zevenaar in Holland in 1966.  The official twinning contract between Privas and Wetherby was signed in 1992 and can be seen in the Wetherby Town Hall foyer, along with many civic gifts received over the years.

Official visits take place every two years, although many private and informal visits happen on a more frequent basis.  In 2018, a group of Twinning Association members spent a long weekend in Privas and we expect a return visit in 2020.  When in Privas, we stay with host families and the same happens when the French come to Wetherby.  It is one of the joys of twinning that you participate in family life and get to know your hosts.

Several years ago, the McGill family donated a trophy in memory of their husband, father and grandfather, John, who was an enthusiastic member of the Twinning Association.  Since then, on every visit, there has been a darts match and a boules competition.  Wetherby won both two years running, but were beaten by Privas in 2018.  The McGill Challenge Trophy has added a great deal to the visits and the competitions are enjoyed by all participants.

The Twinning Association receives a small amount of funding from Wetherby Town Council and organises fund-raising events throughout the years between visits to ensure that the visitors from Privas are entertained in a suitable manner when they come to Yorkshire.  Our annual Call My Wine Bluff has become one of the regular events in the Wetherby Festival programme.  We also organise Quiz Nights and a Christmas Social Evening.  Darts and boules matches are on the calendar to ensure that we are prepared for the bi-annual McGill Challenge.

Links have been established with local schools and we try hard to set up similar links with other organisations.  Currently, the Explorer Scouts are linking with a similar group in Privas and we are hoping to link up Angling Clubs in both towns.

Many thanks to Cindy Bentley for providing this information.

The History of Privas

In the 10th century, Privas was owned by the counts of Toulouse who subsequently sold it to the counts of Poitiers.  The town received its own charter in the 13th century. In 1566, the baronetcy of Privas was split between the two daughters of Diane de Poitiers, the legendary mistress of Henri II.  There still exists in Privas a 15th century tower called the Diane de Poitiers tower. In the 16th century, the protestant movement spread from Geneva to France and the new religious ideas took hold in the Ardèche.  Privas became the centre of the protestant movement in the east of the country and a symbol of resistance to the Catholic monarchy.  The town became known as ‘le Rempart de la Réforme’.

In spite of severe and merciless repression by the authorities, encouraged by both the Spanish and the Pope, the protestant movement prospered and for over 70 years, no catholic mass was said in Privas – in 1570 the inhabitants even destroyed the catholic church.

In 1629, following a protestant uprising, the town was besieged by the royal army and was eventually taken and razed to the ground.  The bridge over the river was rebuilt by Louis XIII in case he needed to send more troops to Privas to quell another uprising.  Privas has a motto – celle que la violence a détruite, sa propre énergie l’a ressuscitée – which is highly appropriate.

It was the silk industry  which restored the fortunes of Privas and the Ardèche.  Silkworms feed on mulberry leaves and the mulberry bush grows well in rocky soil.  Chomerac, near Privas, was the site of the first silk factory and it was quickly followed by others.

In the 19th century, Privas became known as the capital of the marron glacé.  Chestnut trees grow everywhere in the Ardèche and peasants living on isolated farms used the chestnut as their staple food – in fact, the tree was known as ‘l’arbre à pain’.  In 1882, Clément Faugier invented the marron glacé and from a tiny factory in Privas, the brand is now internationally renowned.  Half of all the chestnuts produced in France come from the Ardèche. 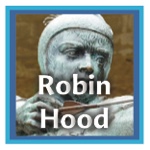