The Crown Hotel is located on the corner of High Street and Cross Street. It has been called both Crown Hotel and Crown Inn according to the photographs of its signs.

The Dictionary of Pub Names states “Well over 500 pubs of this name are listed in recent directories, reflecting the popularity of an inn sign that has been used for some six hundred years. It has in its favour that it demonstrates loyalty to the reigning monarch.”

In the SALE OF WETHERBY, on Tuesday 12 October 1824, LOT 48 was listed in the Sale catalogue as follows

Occupied by Widow Smith
The CROWN INN, in High Street, containing on the GROUND FLOOR, Two parlors, Dining Room, a Back Room, Bar and Scullery; Cellar, Four Bedchambers and a small Room; in the Yard is a Brewhouse, Store Room, Coal House, Barn, Cow House , Pig Cotes, a Seven Stall Stable with Granary over; another Stable with a Malt Room over, and s Box Stable. These premises extend back into the Market Place
Purchased by William Hill for £1040

In Wetherby – The History of a Yorkshire Market Town Robert Unwin states, on page 92, regarding the 1824 sale –

‘Six of the inns had a soldier’s room, and on the first floor of the Devonshire Arms there was an Assembly Room. Only two inns, the Blue Boar and the Crown, included a brew-house, and at the latter a malt-house was specifically listed.’

‘The principal carriers inn was the Crown, whose proprietor, William Naylor, operated a ‘spring van’ to Leeds on Tuesdays and Saturdays. By 1861 a number of innkeepers combined their principal means of livelihood with other activities: agricultural machinist (Blacksmiths Arms); carrier (Crown); wheelwright (Fox); wine and spirit dealer (Red Lion); farmer (White Hart); blacksmith (White Horse). The total number of inns in Wetherby remained almost unchanged; sixteen in 1837; fifteen in 1861.’

‘The Crown Hotel” has as landlady Mrs. Abbott, formerly of Swinnow Hill, mother of the late Mr. Tom Abbott, who was secretary to the Licensed Victuallers’ Association, and late Mr. W Gaythorpe was landlord.’

In Whatever the Wetherby, published in 1990, George Stead states

During the 1960’s Eric Walton was the popular landlord of “the Crown”. It became the headquarters of Wetherby Athletic Football Club. Eric had to have special shelves fitted in order to display all the trophies the club won. 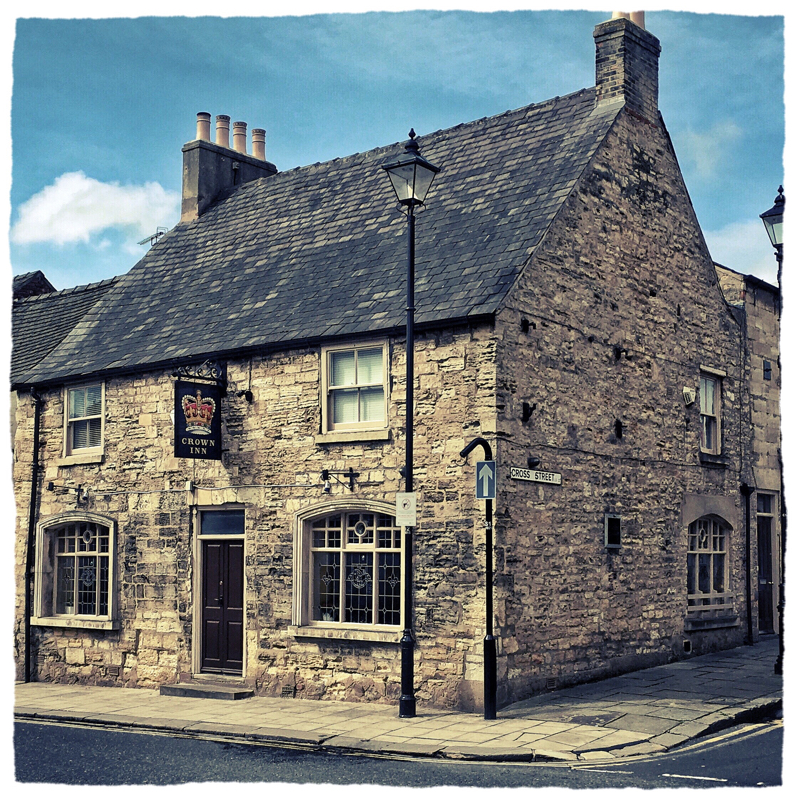 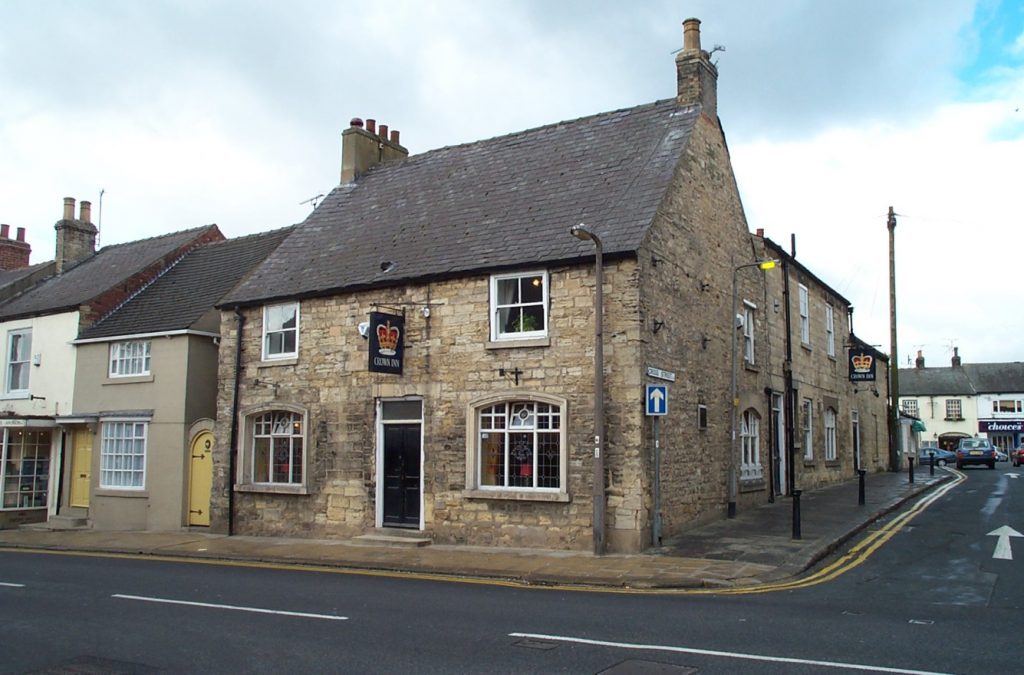 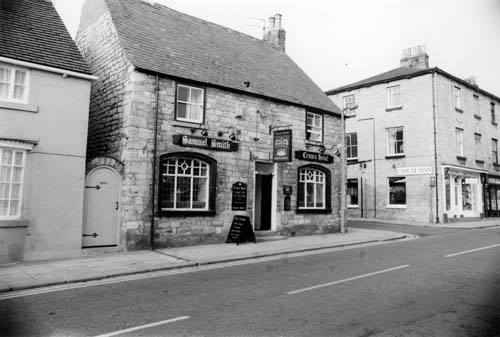 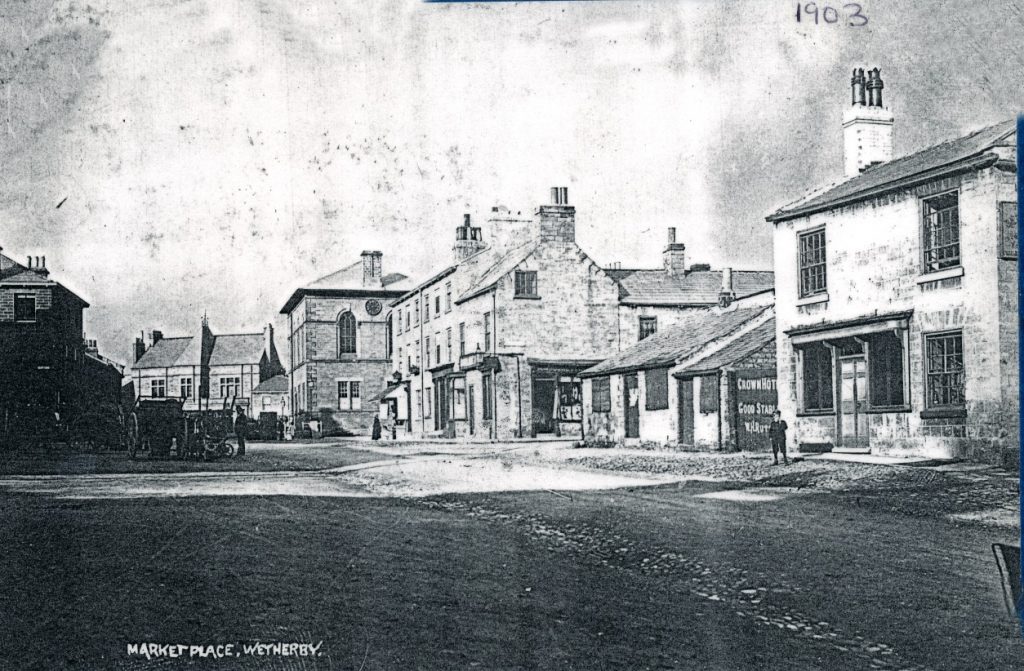 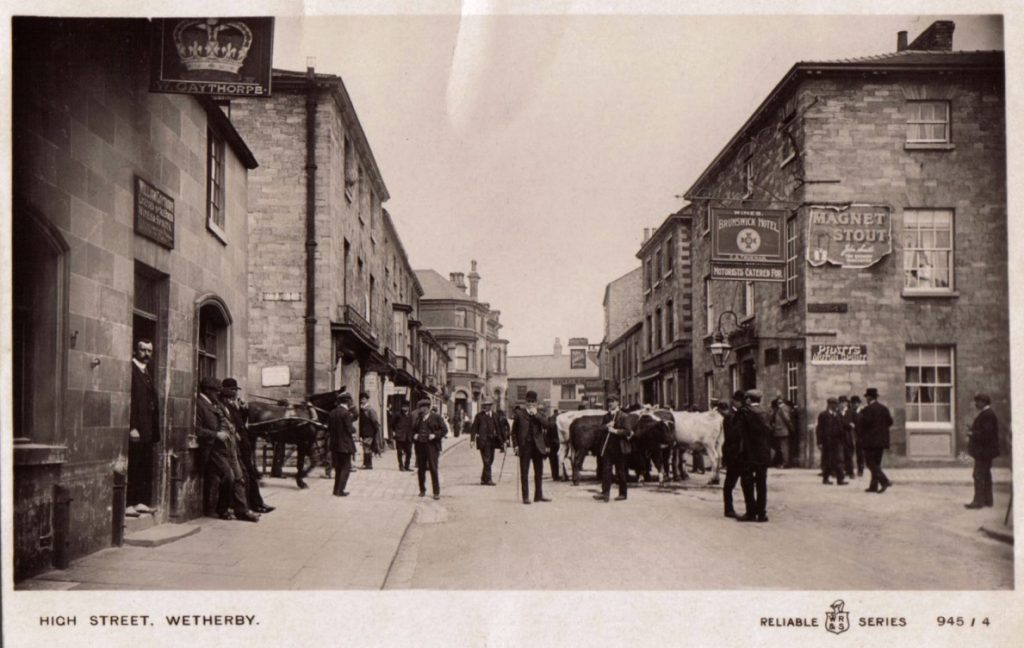 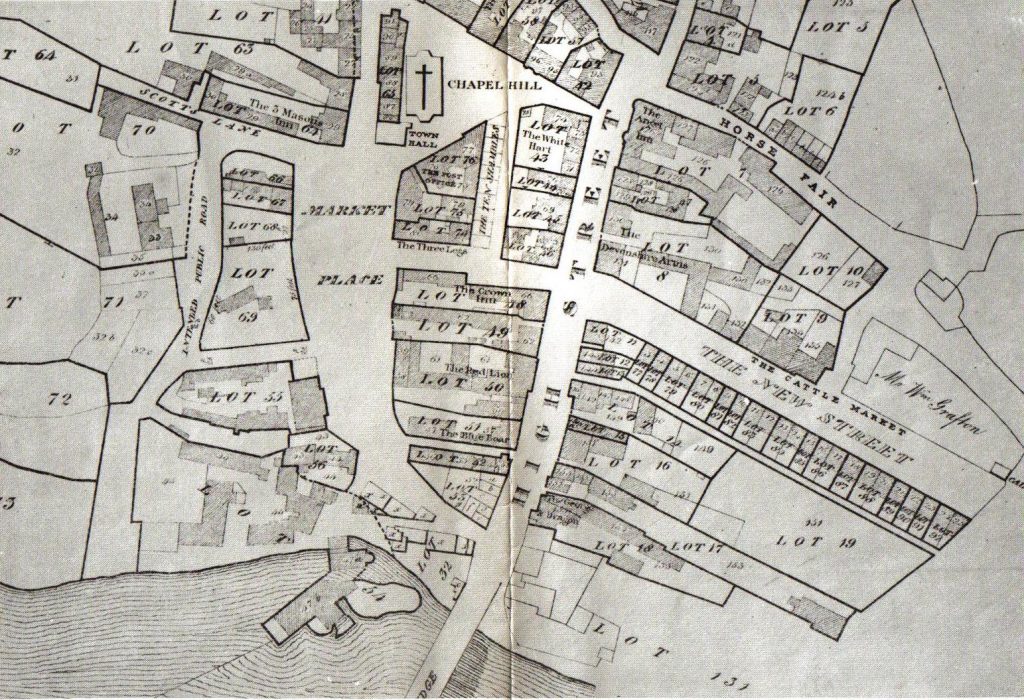 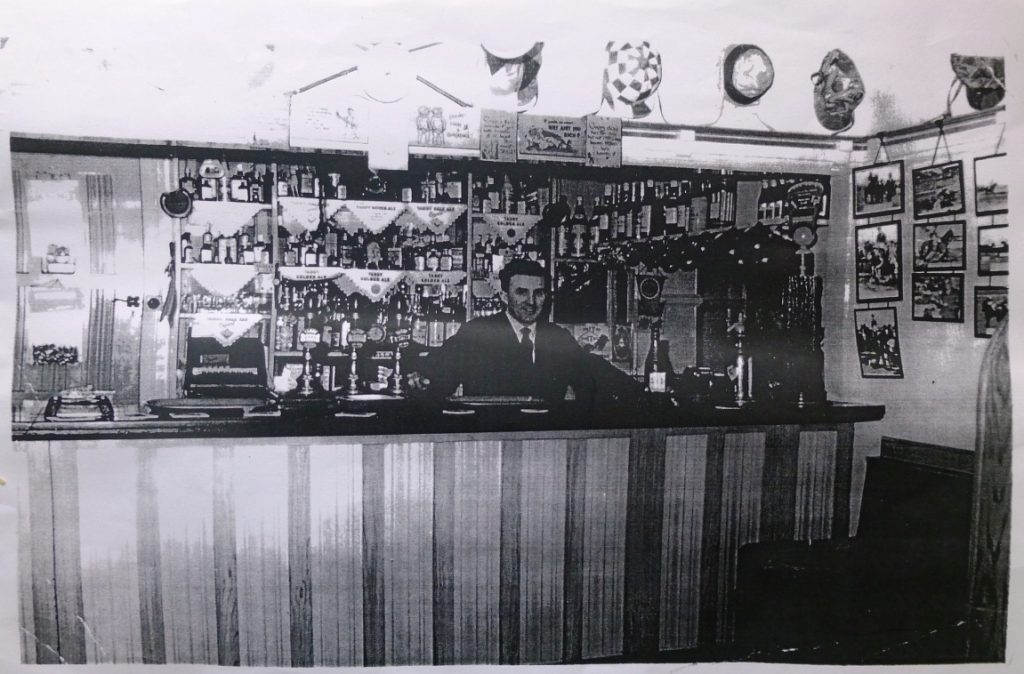 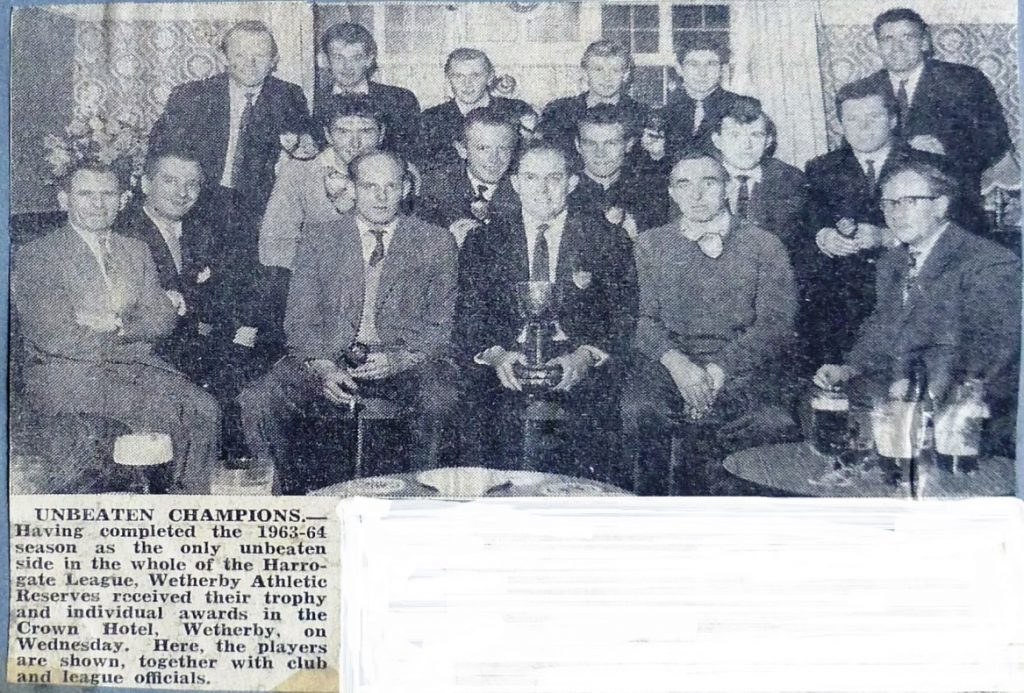 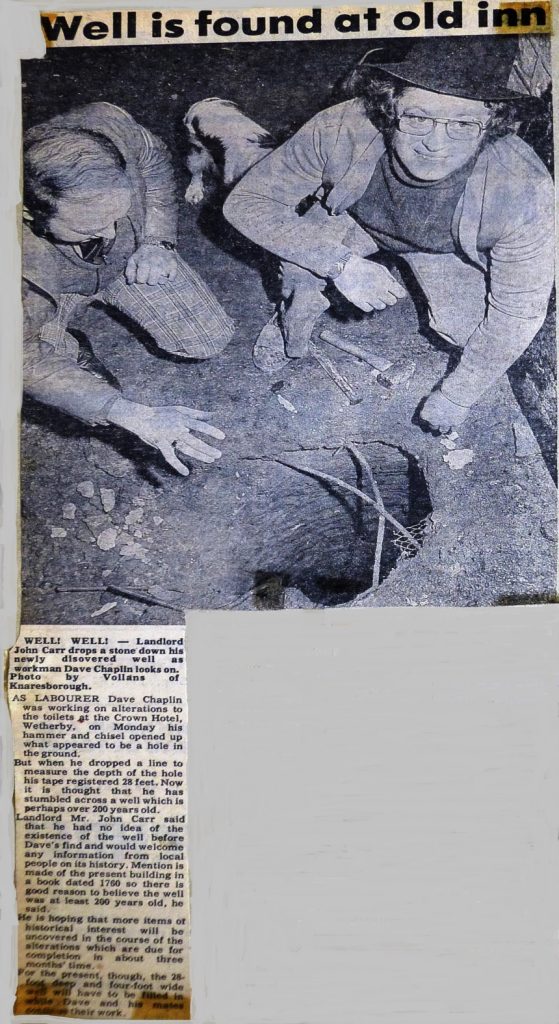 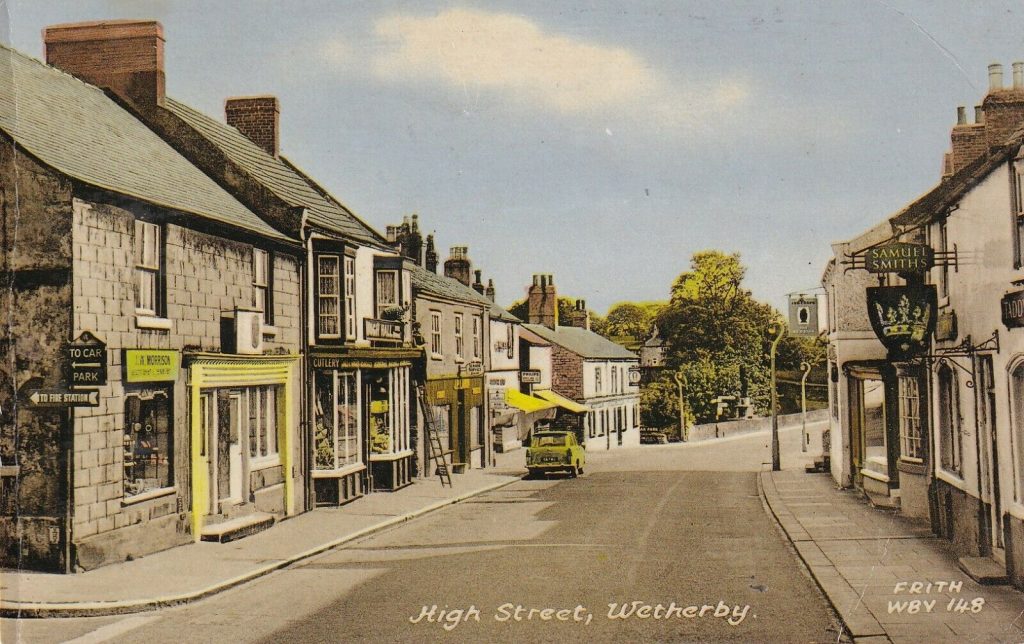