The Red Lion is on High Street and may of been called the Golden lion before this but this isn’t 100% as According to the Wetherby/Linton Tithe to 2009 Boundary Trail – ‘The Golden Lion is the former name of Brunswick Hotel.’

Alternatively ……..According to the Jubilee Supplement to Wetherby News Dec 1907 -‘The Golden Lion has been renamed the Red Lion.’

This Confusion may have been caused by the directories 1829 it shows the Golden Lion being on High Street where as in 1834 its stated as being on New Street, (Victoria street).

The Dictionary of Pub Names states for the Golden Lion “A popular sign referring heraldically to Henry I, or the dukes of Northumberland, the Percy’s.”

As for the Red Lion WIKIPEDIA states “Red Lion is the name of over six hundred pubs. It thus can stand for an archetypal British pub. The lion is one of the most common charges in coats of arms, second only to the cross, and thus the Red Lion as a pub sign probably has multiple origins: in the arms or crest of a local landowner, now perhaps forgotten; as a personal badge of John of Gaunt, founder of the House of Lancaster; or in the royal arms of Scotland, conjoined to the arms of England after the Stuart succession in 1603.”

‘In the months following the fire, a number of innkeepers took out fire insurance policies with the Sun Fire Office. Isabel Wilbore. ‘innholder and brewer’ insured the Red Lion, brew-house, malt-kiln, stables and barns for £850, much of her property being situated ‘near the Market Cross’.

‘One innkeeper family, the Wilbores figures frequently in the extanct records for Wetherby. In 1664 Philip Wilbore, farmer and innkeeper was assessed for four hearths: while his will in 1668 made reference to his freehold land in Wetherby and to his six children. In 1672 his widow was taxed for nine hearths. In 1711 his descendent, Walter Wilbore, was tenant of the Red Lion inn, together with 36 acres of land for which the total rent was £38 10s.’

An Assessment made by the Churchwarden and Census of the Poor of the Township of Wetherby for the further necessary Relief of the Poor of the said Township being the 3d Rate @ 6d per £ 9 Day June 1819 – lists
Mrs Hargreaves Red Lyon @ £2 .. 18 .. 9d
It also shows Ann Hargrave being the owner in 1822, in the Great sale of 1824 was listed as being Occupied by Widow Hargrave.

The RED LION Public House in High Street, containing on the GROUND FLOOR, Small Parlor, Dining Room, and another Parlor; Two Kitchens, Bar, Pantry and Back Room adjoining; Dairy, Coal Hole, and Two cellars, and Seven Bedchambers. In the Yard which communicates with the Market Place is a covered Well, a Soldiers Room, and Granary over, another Stable with Three Stalls, and Three large open Stables with Hay Chambers.
Another open Stable, Granary, and a small Garden.
Purchased by Mr. Jackson for £1170

The Wetherby Brewery was sold on Friday 25th May 1855 and several public houses were included in the sale.

Lot 3. The RED LION PUBLIC HOUSE, with excellent Yard, Stable, and Outbuildings, situate in the High Street, and opening backwards into the Market Place, in the Occupation of Mr. Joseph Saynor. Frontage 64 Feet. Area about 1175 Square yards.

In Whatever the Wetherby George Stead states – 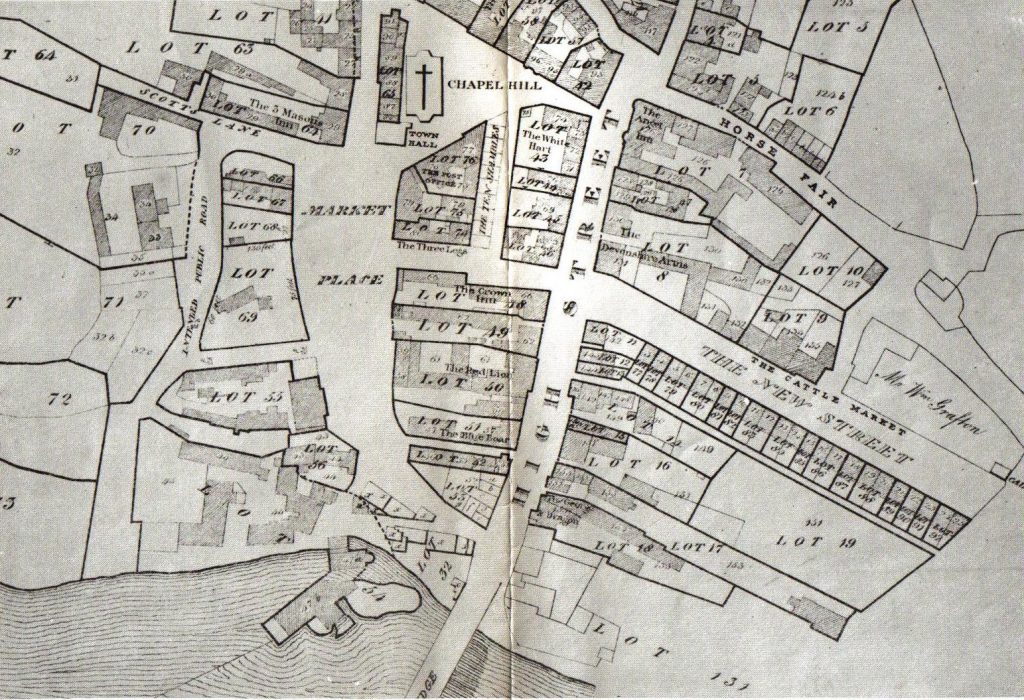 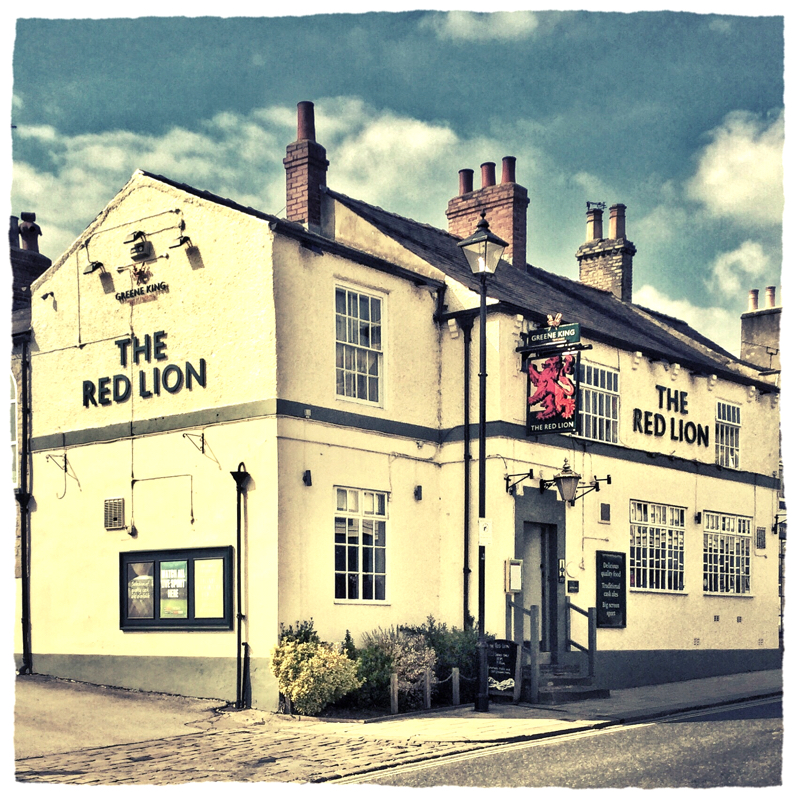 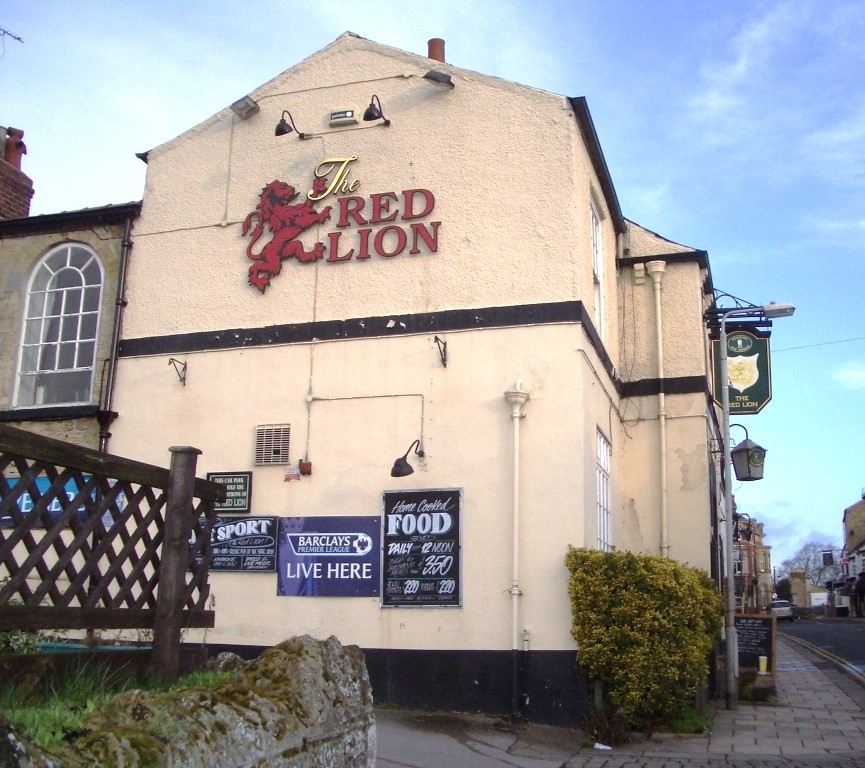 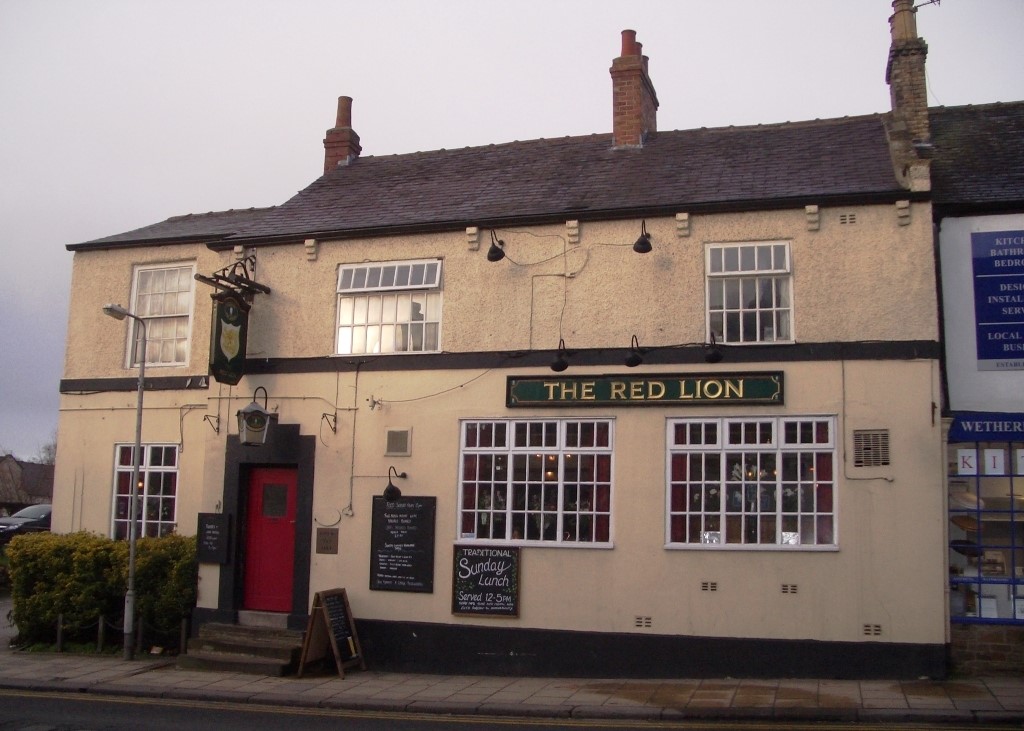 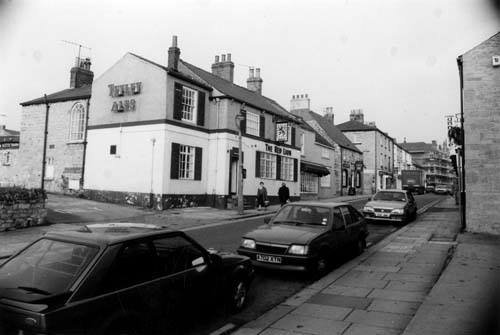 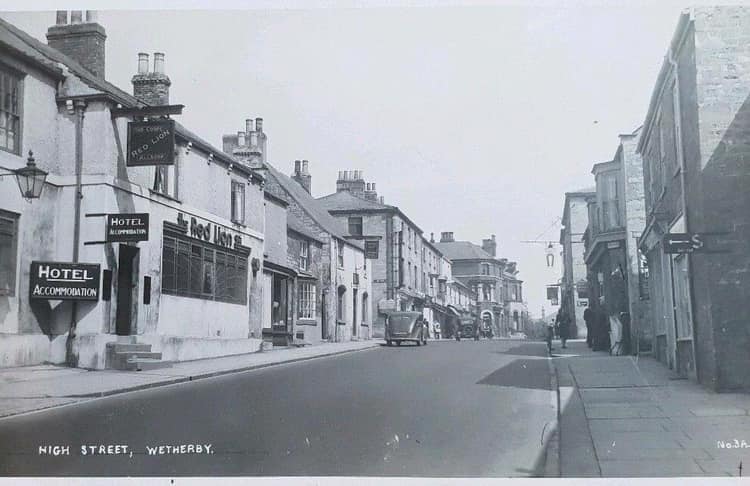 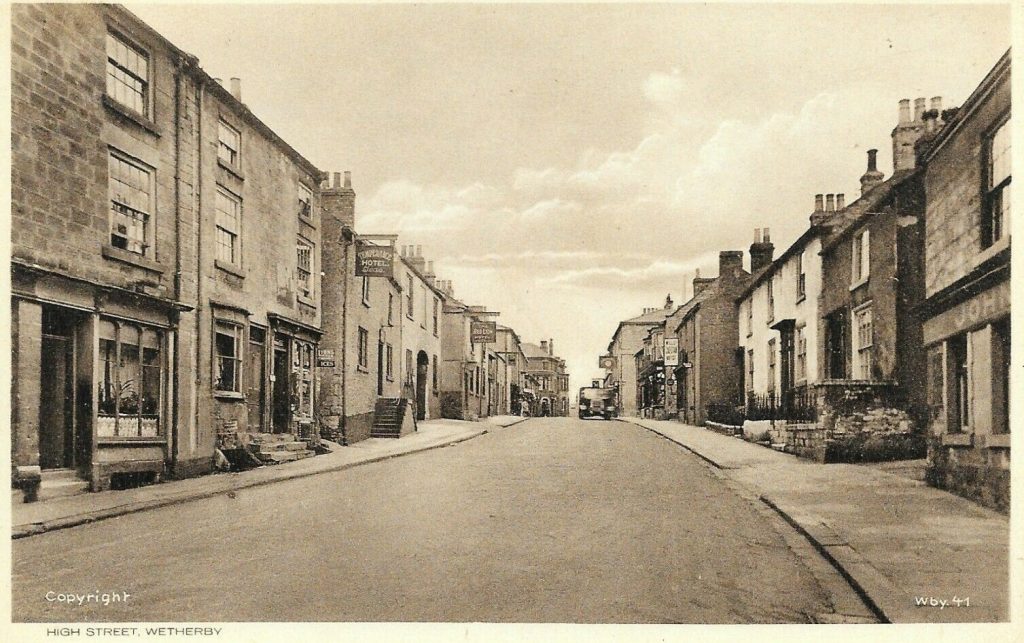 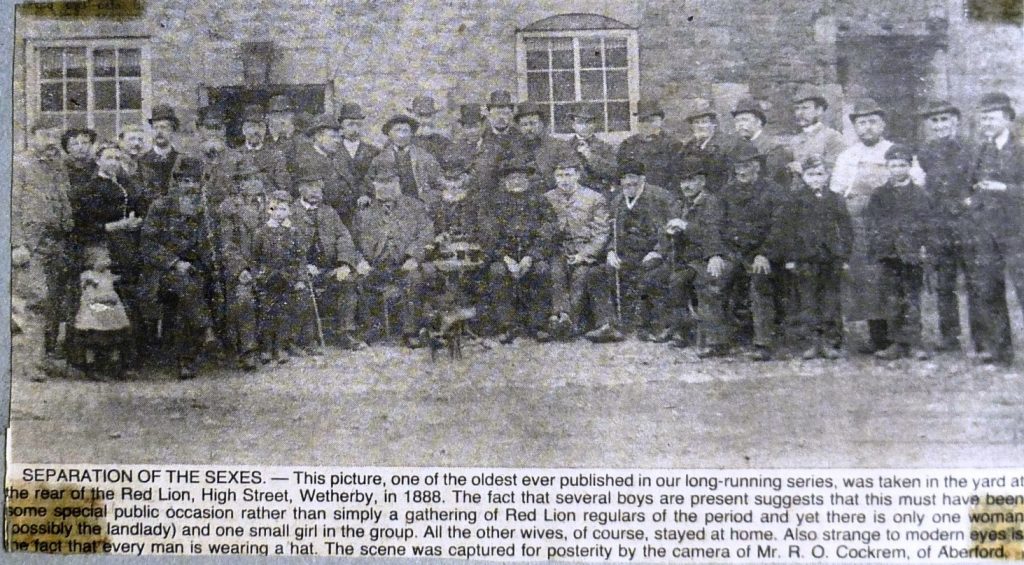 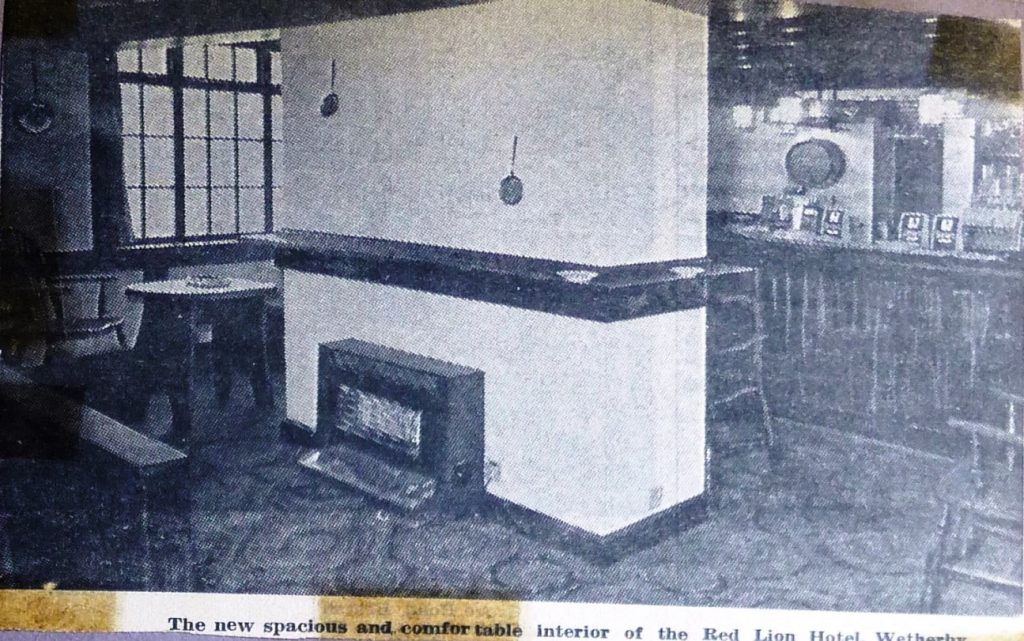 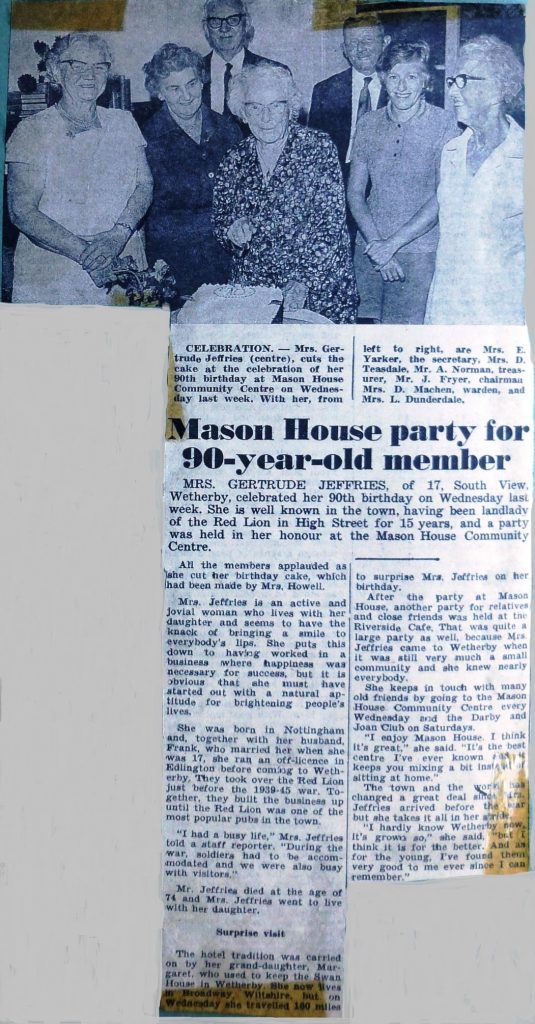 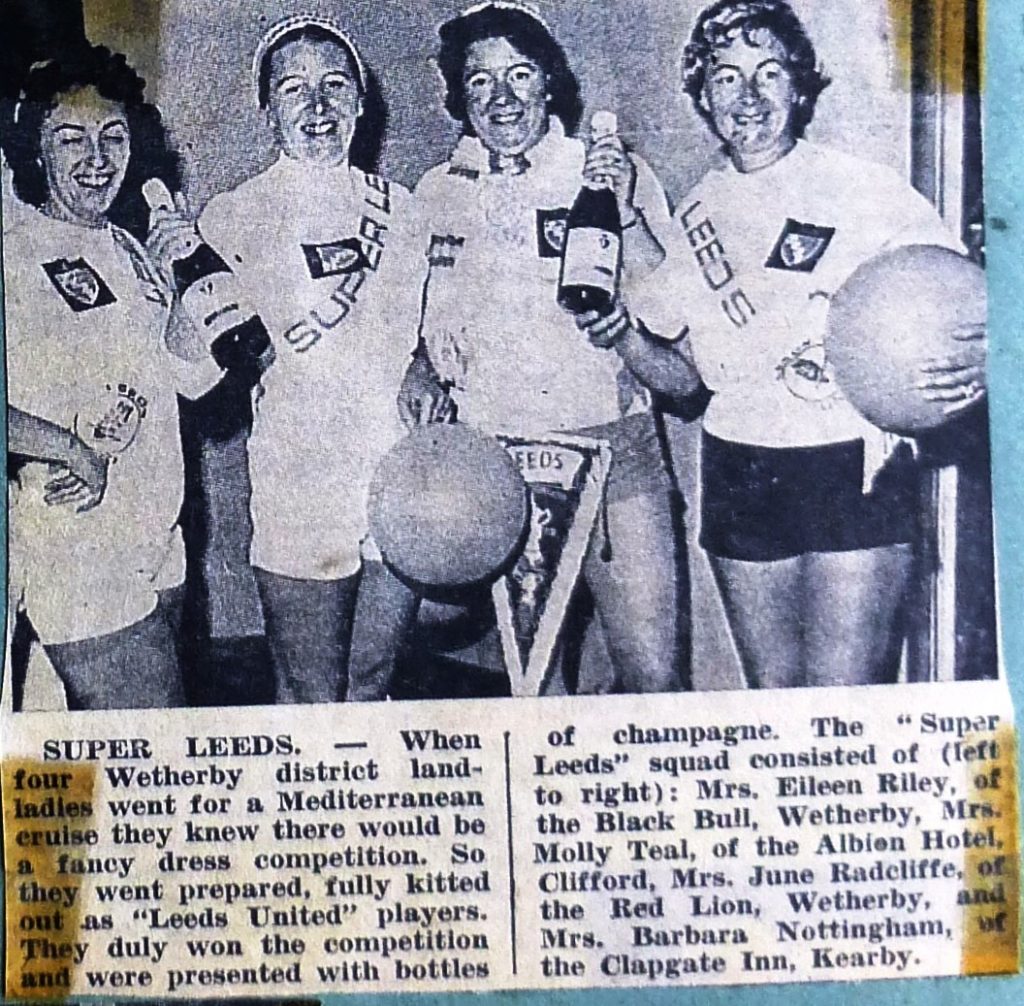 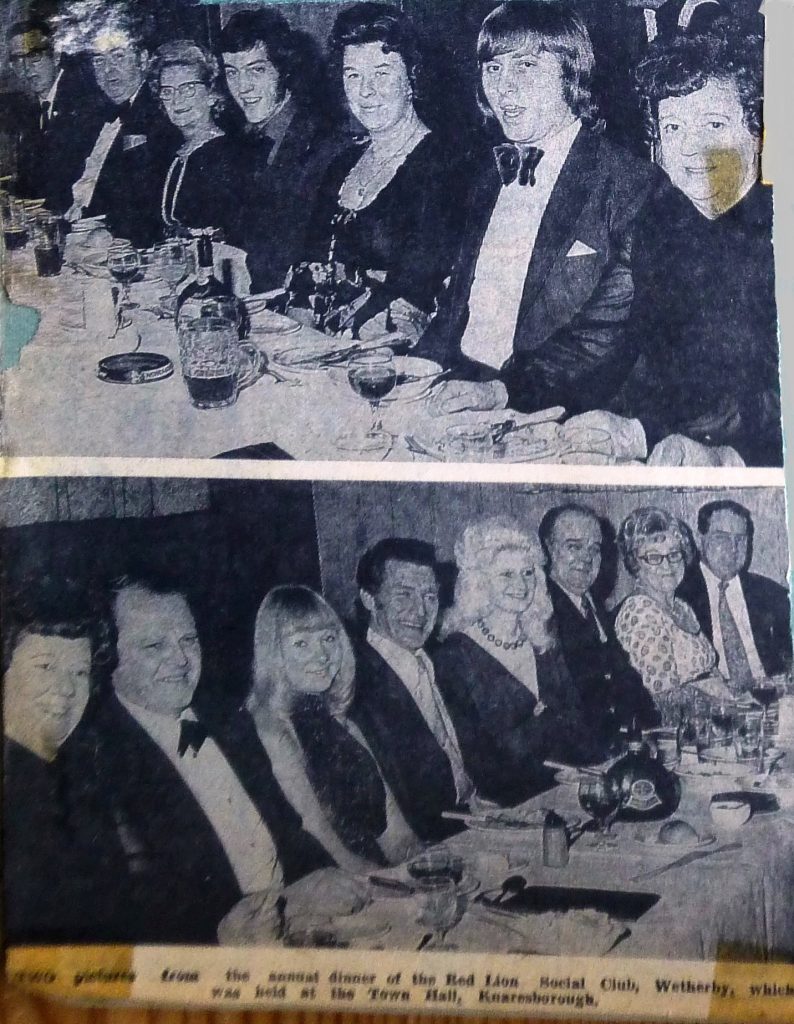 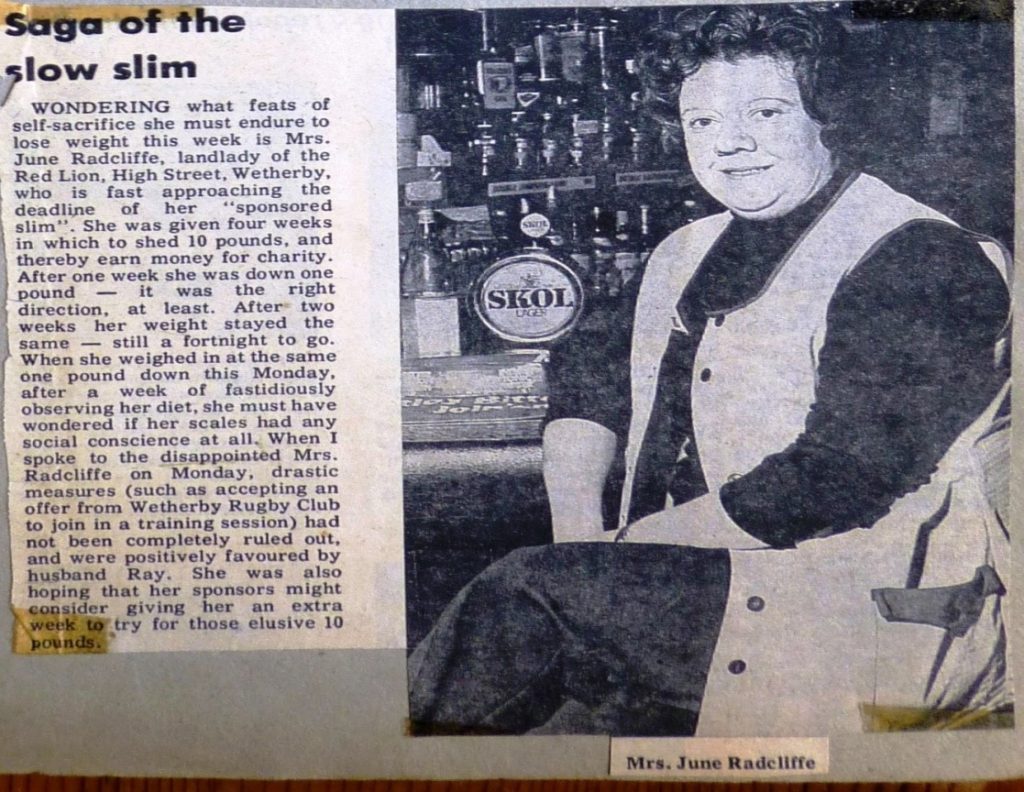 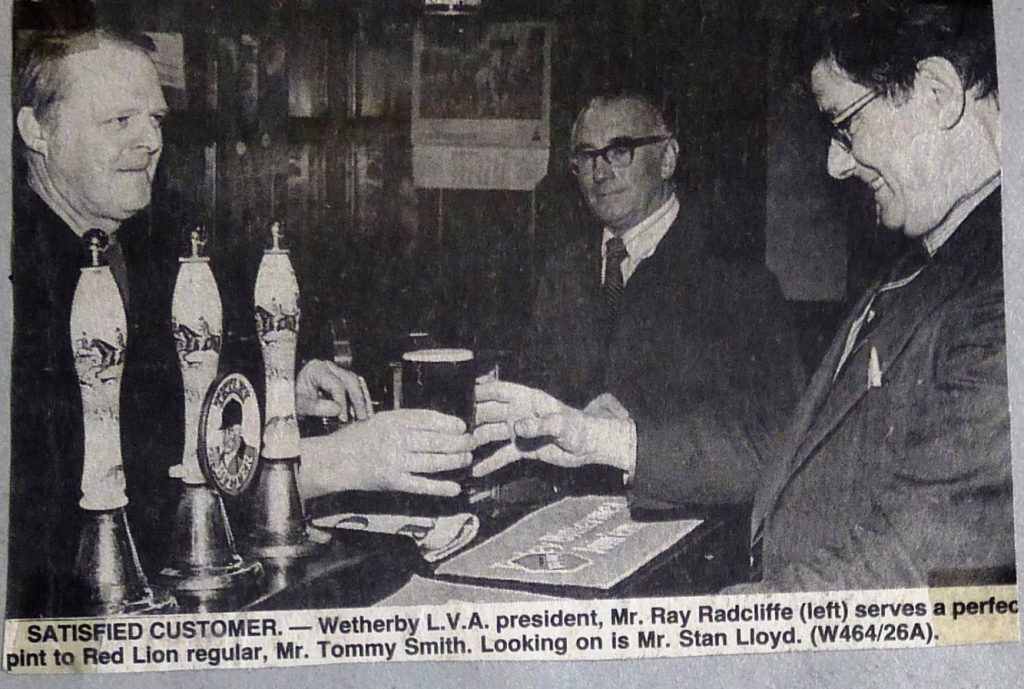 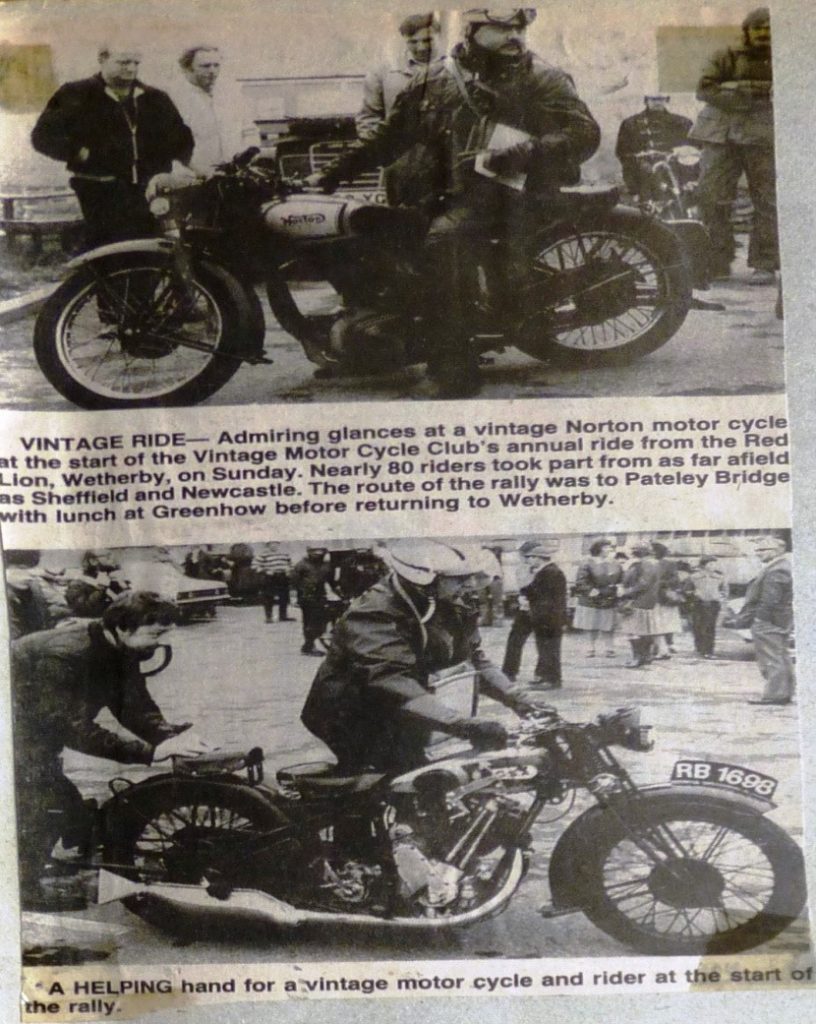 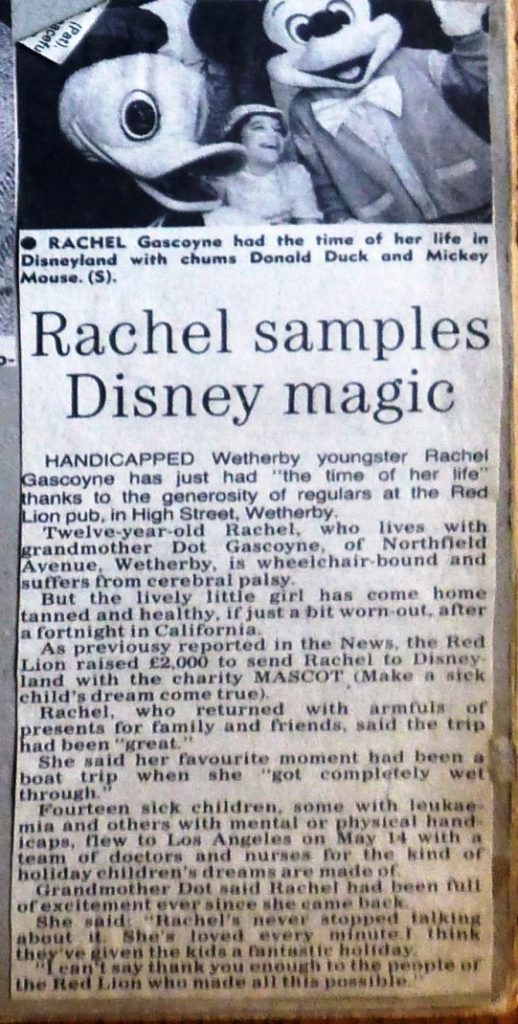 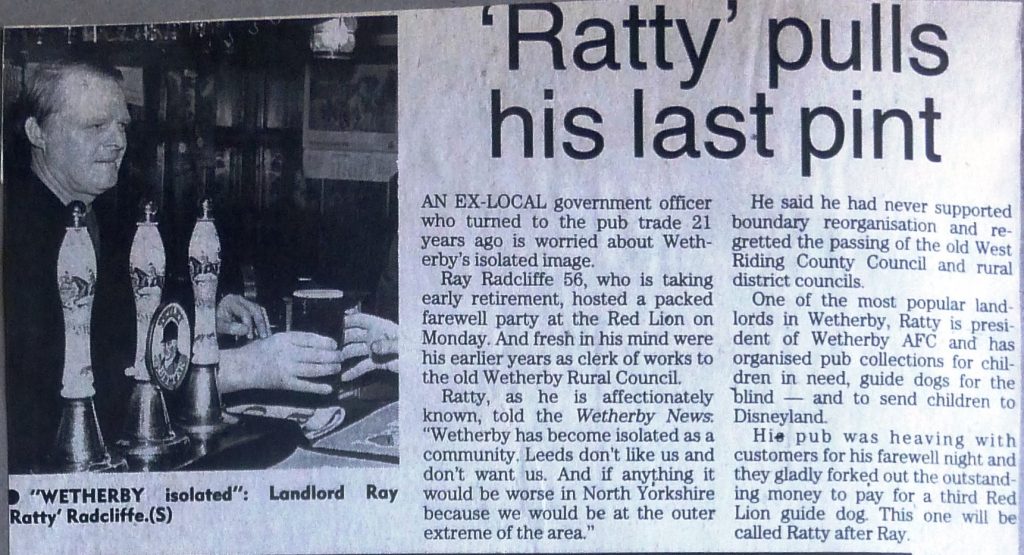 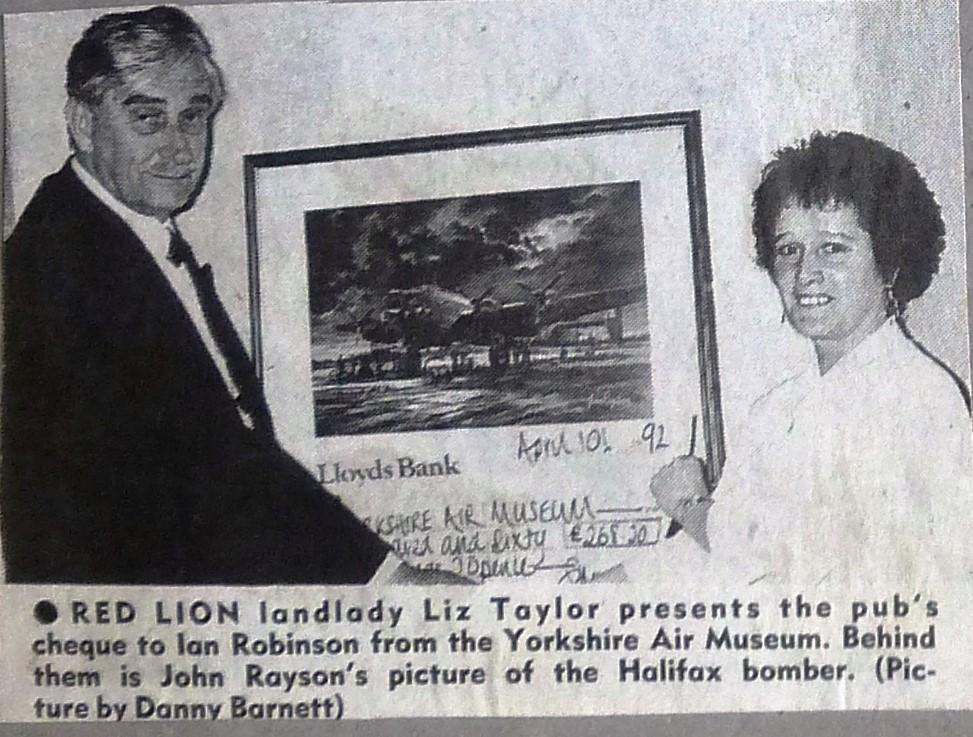 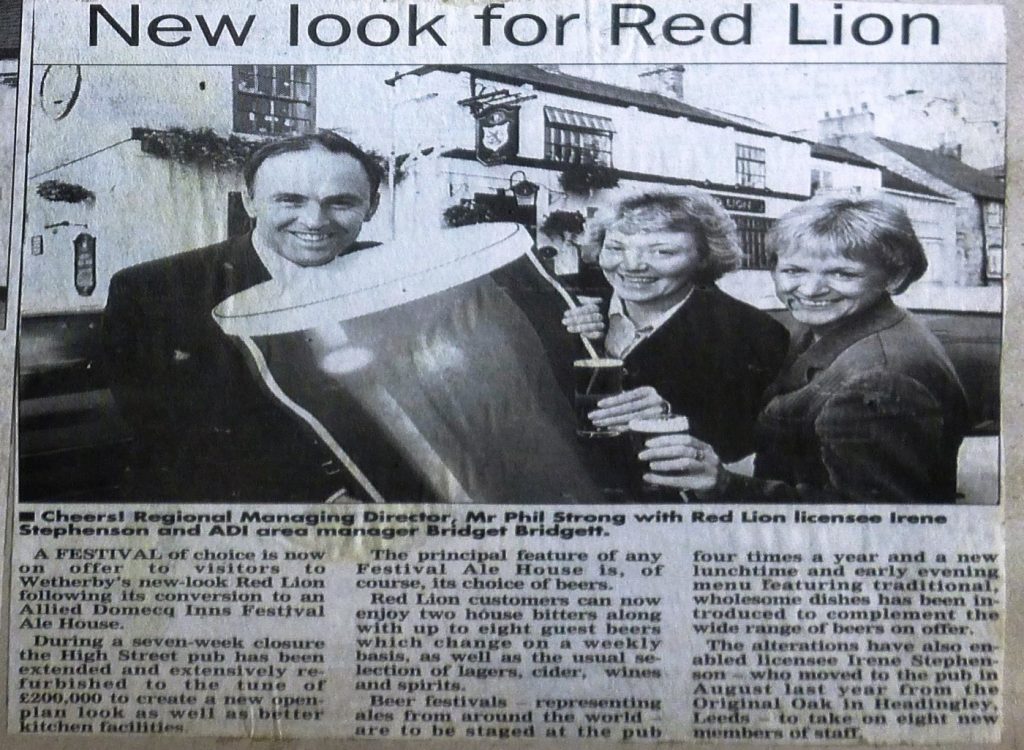