The Swan and Talbot is located in North Street. Although in 1822 it was apparently known as Low Street and between 1824 and 1841 it was known as High Street.

This important Posting Inn on the Great North Road had ample stabling in coaching days from whence departed the carriers to Leeds. There was a soldiers room under the eaves and a malt kiln in which they brewed their own beer. The inn was first licensed in 1678.

Originally named the Dog and Swan, the pub was, until 1611, allowed to bear the coat of arms of the Swann family. The Swann family lived at Askham Manor in nearby Askham Richard.

In his book “Whatever The Wetherby” G F Stead states
“Shortly before Elizabeth I died in 1603 she bestowed the Manor of Wetherby on the Countess of Shrewsbury, a member of the Talbot family, one of the oldest noble families of our land from the days of William I. The ‘Swan and Dog’ became the ‘Swan and Talbot’.

The Countess of Shrewsbury was Elizabeth Talbot, or Bess of Hardwick and she lived fropm 1527 to 1608. The children of Elizabeth’s second marriage to Sir William Cavendish in 1547, are the ancestors of the Dukes of Devonshire whose family name remains ‘Cavendish’ to this day.”

Talbot was a type of white hunting dog. It is now extinct and has been credited with being an ancestor of the modern beagle and bloodhound.

This was the first item of the 1824 Great Sale and contained not only this old inn but also property across the road which included a garden.

Occupied by William Hind
The SWAN and TALBOT INN and POSTING HOUSE in the High Street, containing on the GROUND FLOOR. Five Rooms, (exclusive of Bar,) Kitchen, Back Kitchen, Larder, Soldiers Room, Eight best Bed Rooms, and Five Servants’ Rooms. In the Yard is a POST HORSE STABLE for 11 Horses , 2 open Stables, Cowhouse, a Lumber Room formerly a Malt Kiln, Hay chamber over, Coach house, Coal and Bottle Houses, with Stack Garth and Garden containing 0A. 2R. 18P.
A large Garden on the opposite side of the road containing 0A. 2R. 16P.
With a Stone Building known as the Old Court House, comprising the Court Room and Two Rooms adjoining, a 7 Stall Stable underneath, Granary behind the Court Room, a Bailed Stable for 4 Horse with Granary over, and a Dove Cote
Purchased by John Clemishaws for £1510

In 1838 however, the Swan and Talbot was listed in the Wetherby tithe apportionment as simply, The Swan Inn. It had buildings and a garden, belonged to Quintin Rhodes, and was let to William Treffit. It seems the ‘Talbot’ part of the inn’s name may have been dropped for a short while, perhaps in petulance due to its association with the Cavendish family, after the town’s sale by the 6th Duke of Devonshire.

A letter from Charles Dickens dated 11 September 1858 asking for accommodation at the Swan and Talbot is reported in the Wetherby News in 1978.

Also in 1978 the wagons of Yorkshire Television came to town to make the Swan & Talbot into the Malt Shovel in Emmerdale.

The pub has low ceilings befitting the age of the place, and at one end, a huge fireplace over which hangs a brief history of how it acquired its name. As might be expected with an inn of this age and history, it is associated with several ghostly tales which we include elsewhere along with other fascinating stories.

In the book by Dr Lodge he states that a incendiary bomb landed in it during the war. it went through the roof and floors to burn out on the stone paving of the cellar,

Various Ghost stories are associated with the inn. 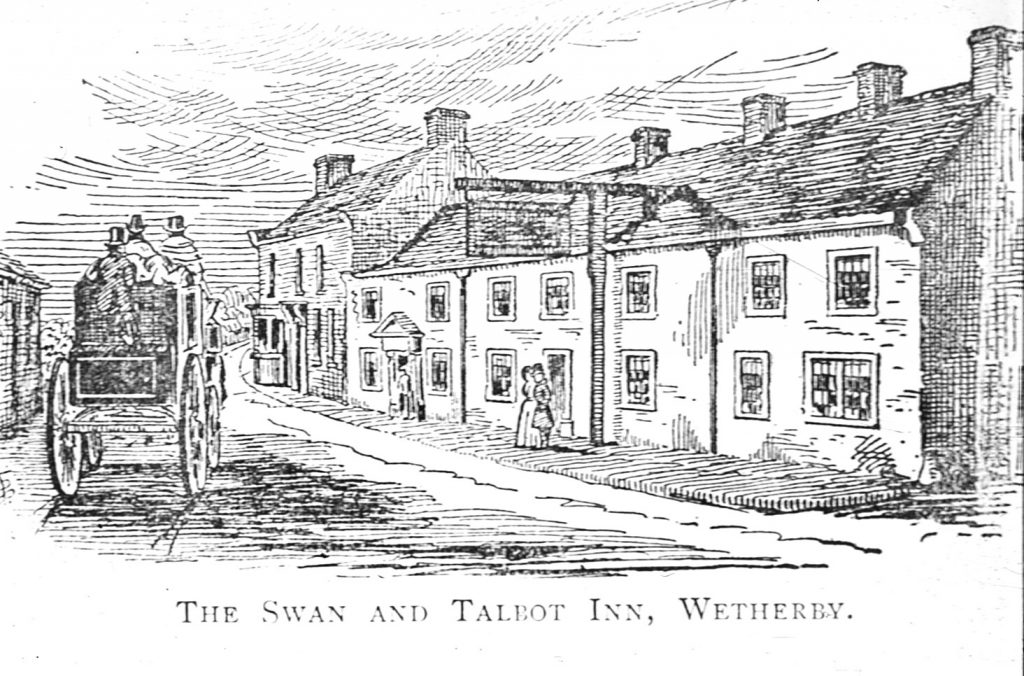 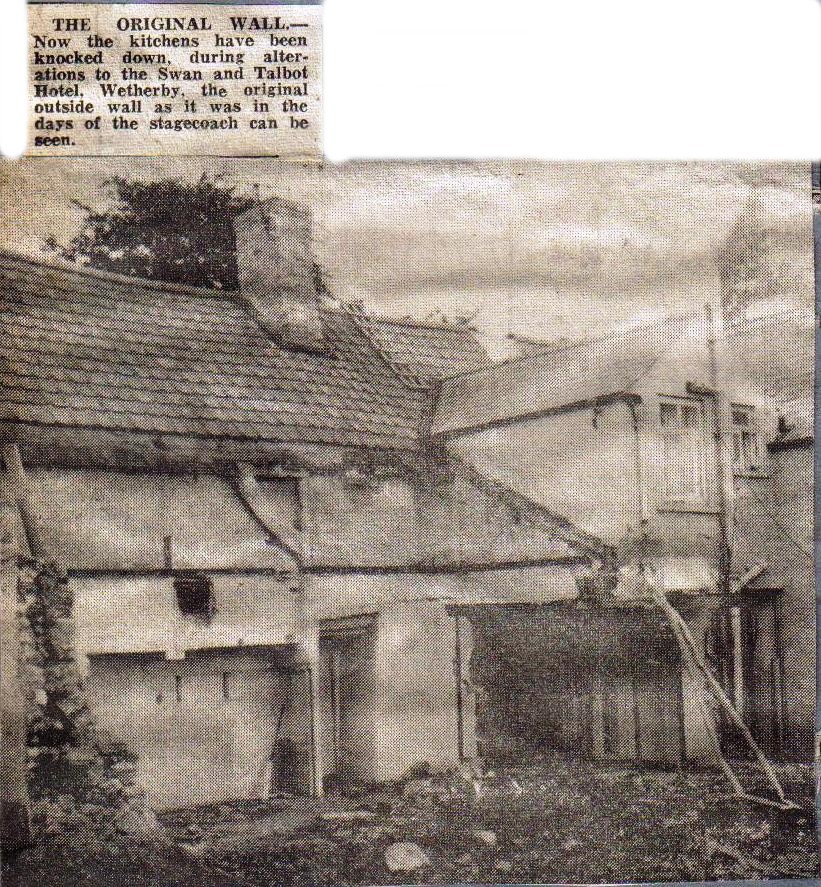 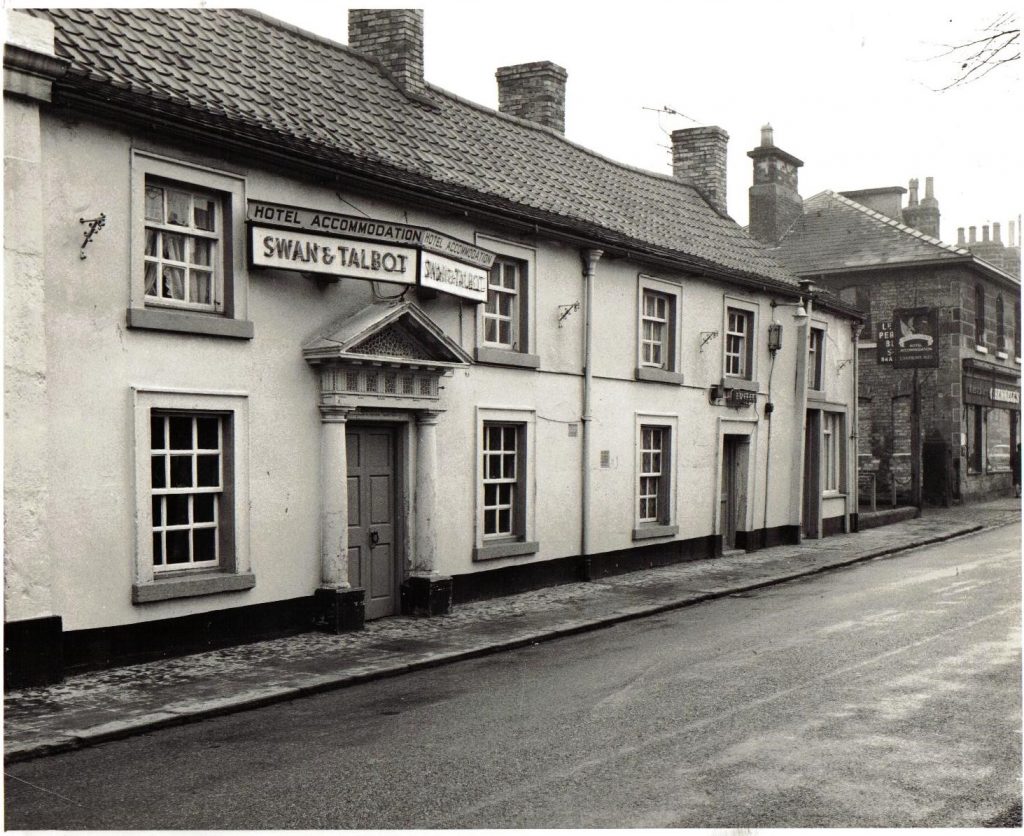 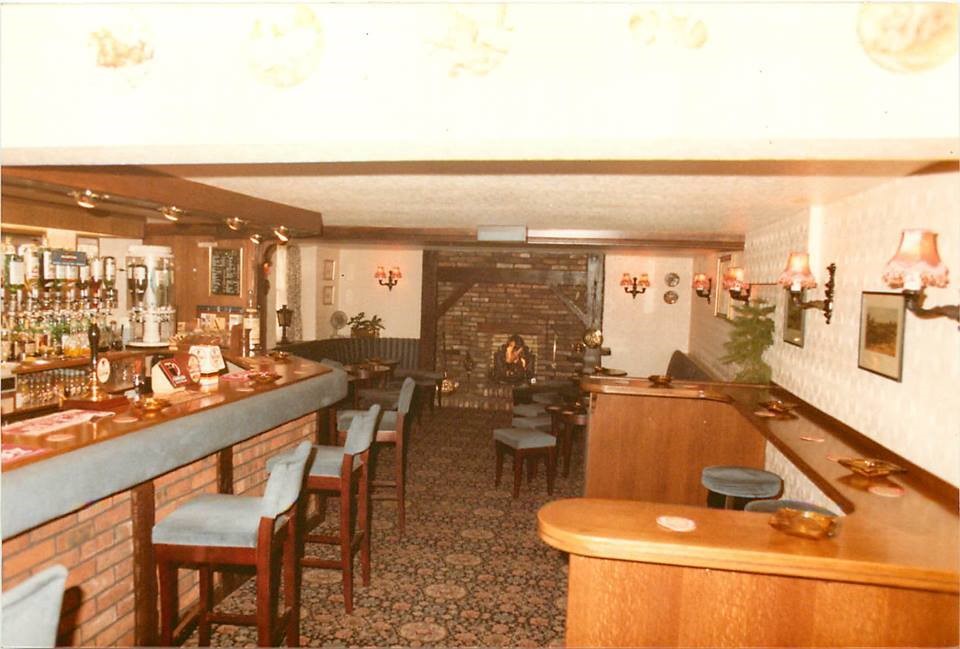 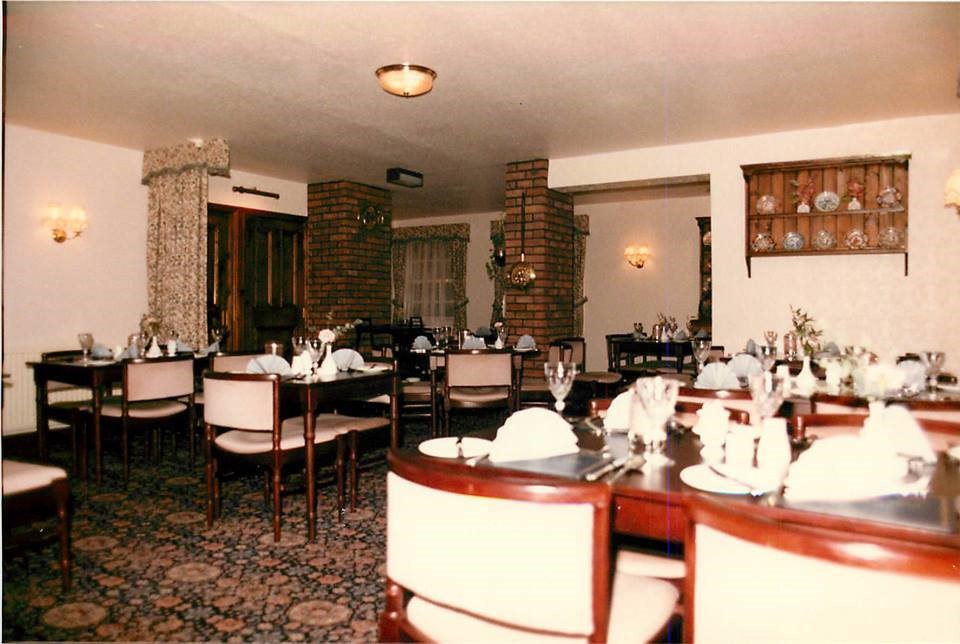 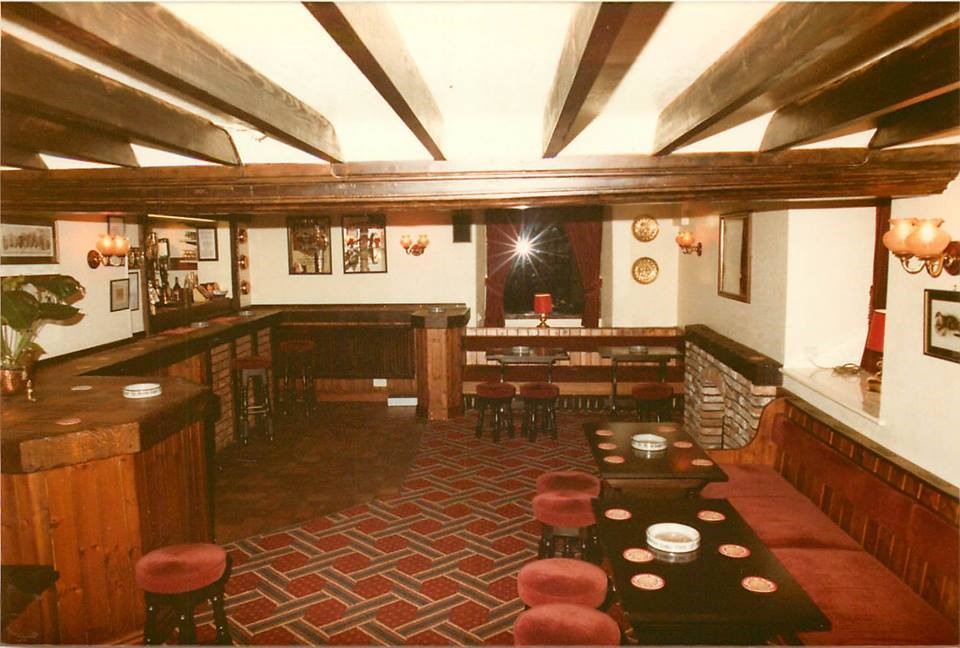 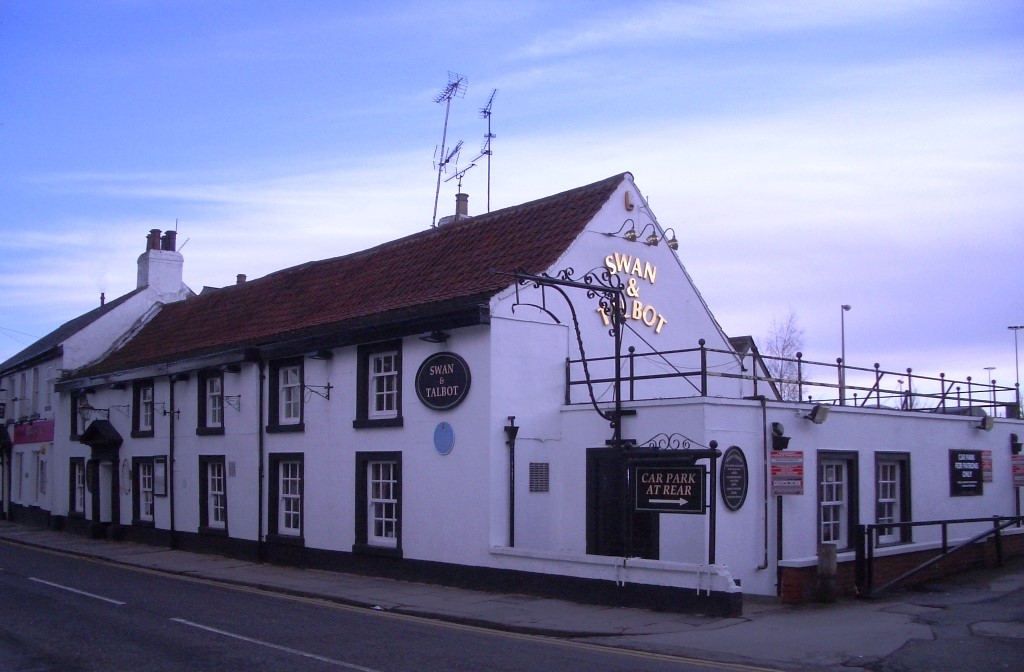 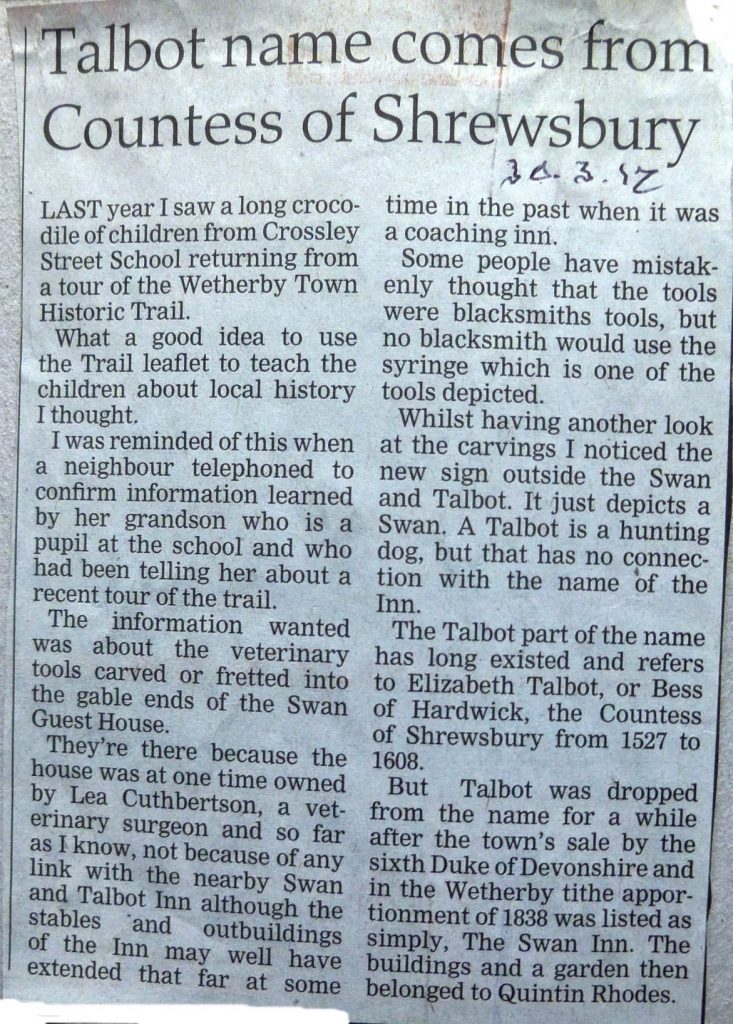 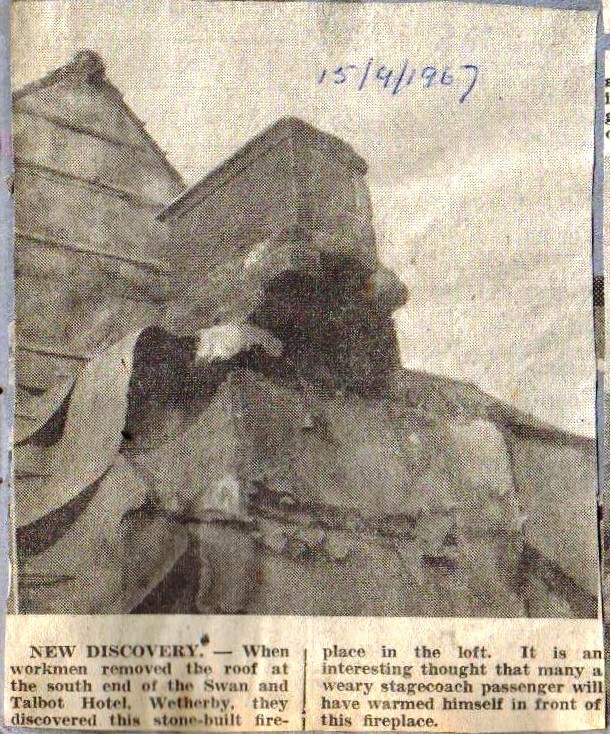 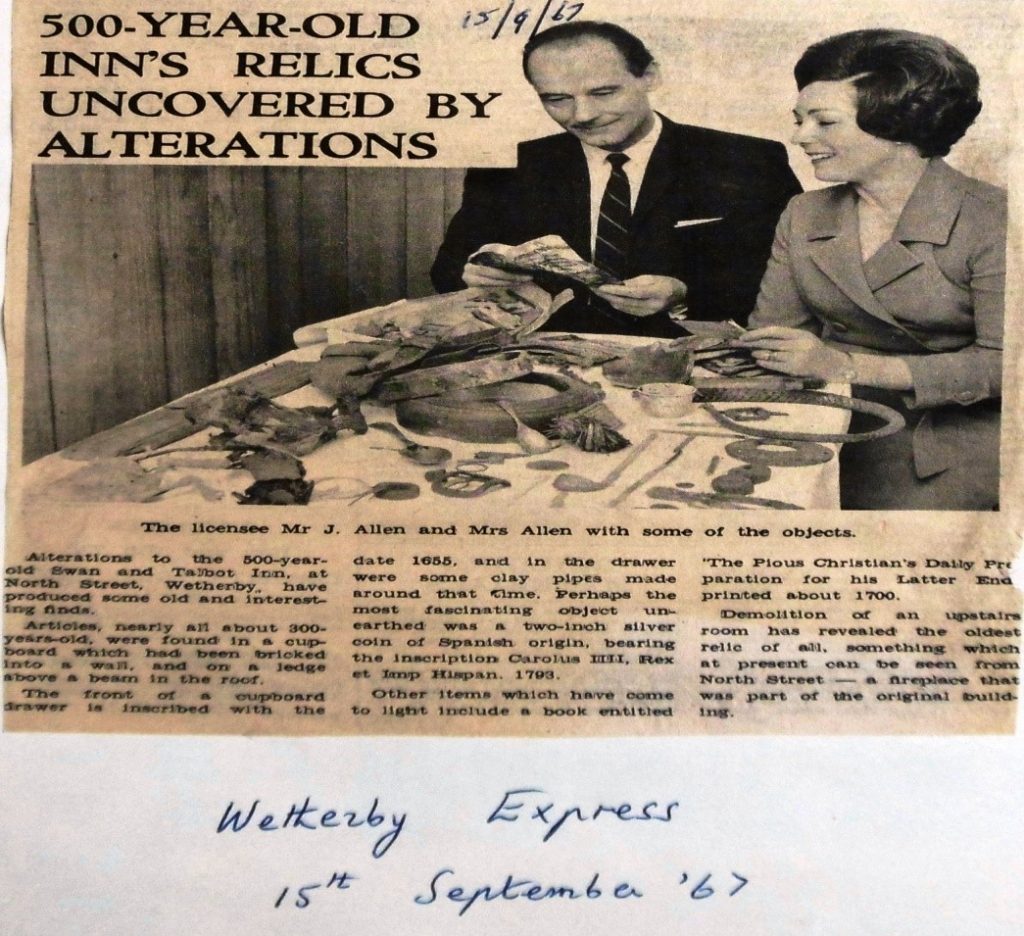 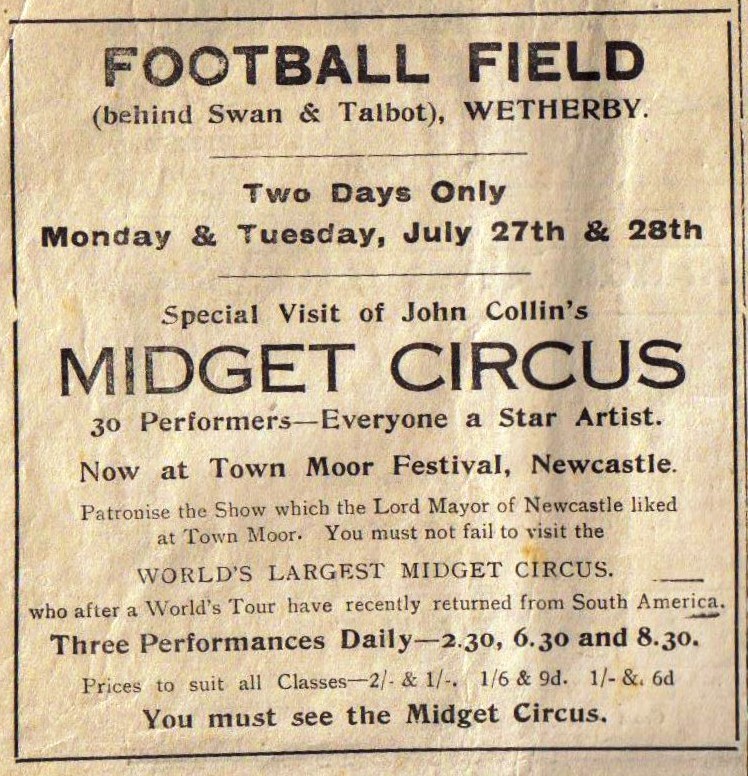 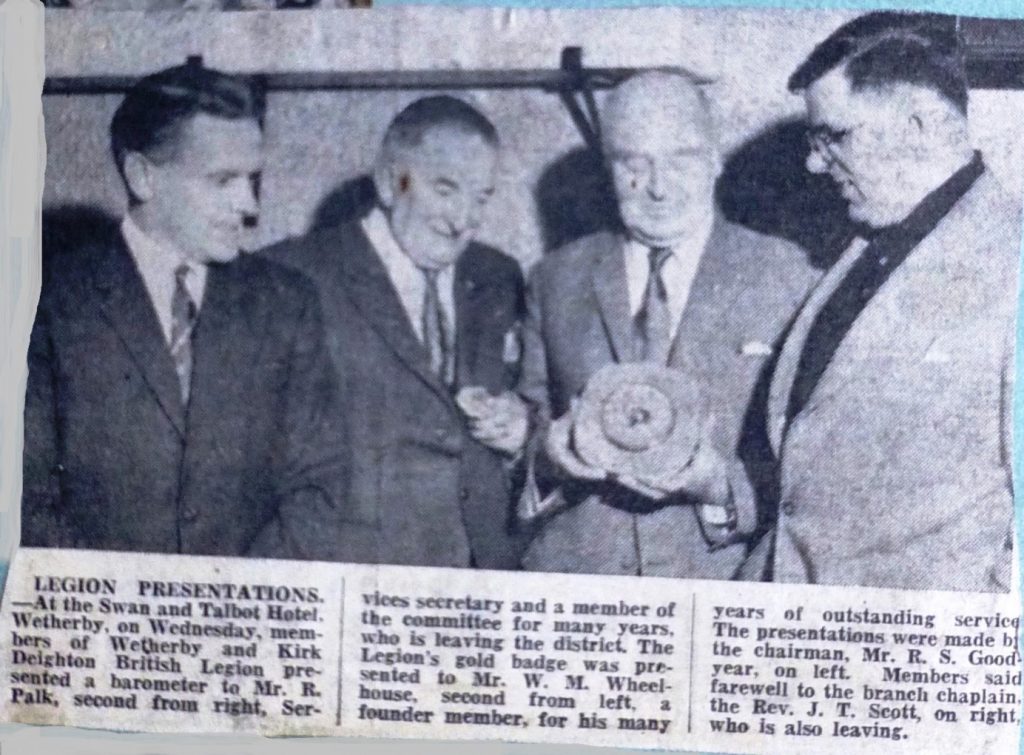 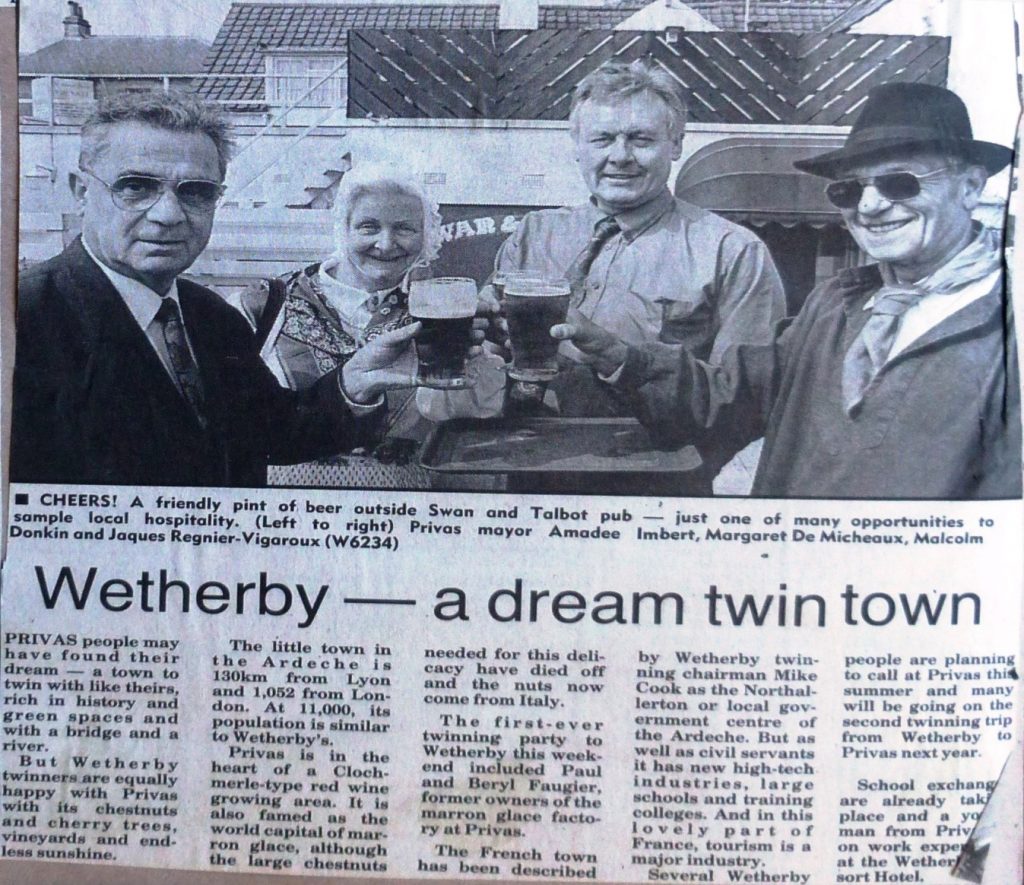 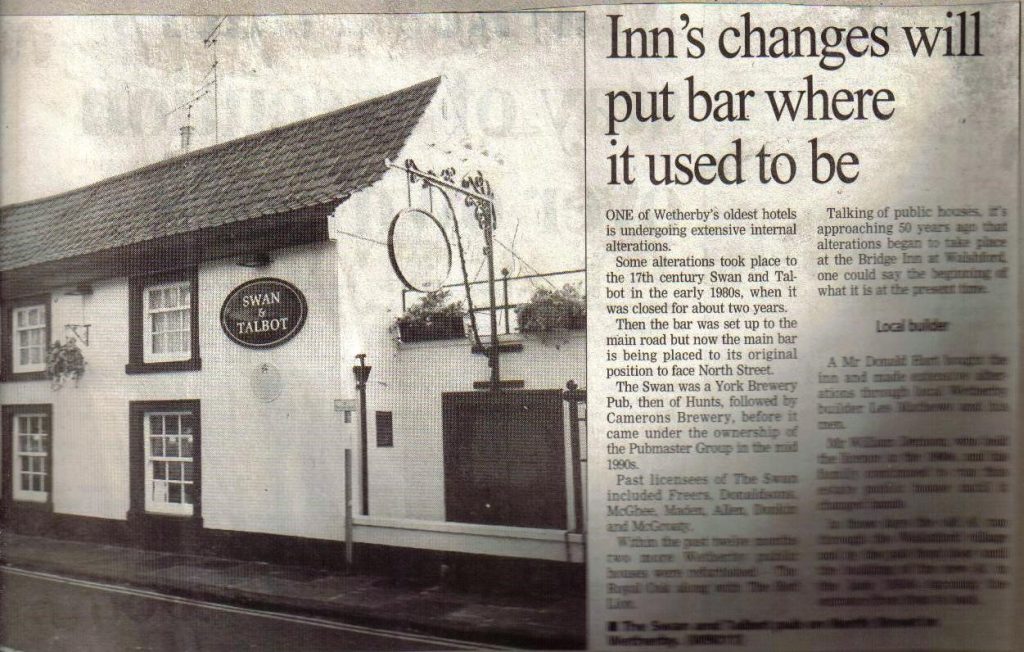 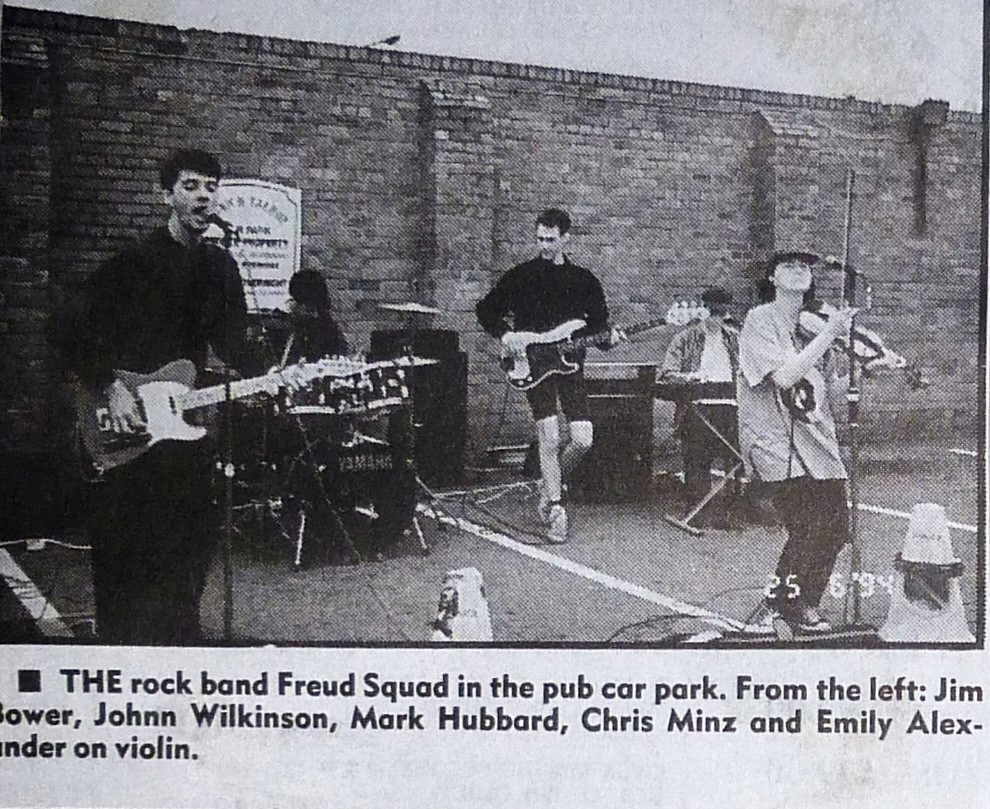